Home » Why did Roman Saini, former MBBS doctor resign from the IAS position?

Why did Roman Saini, former MBBS doctor resign from the IAS position? 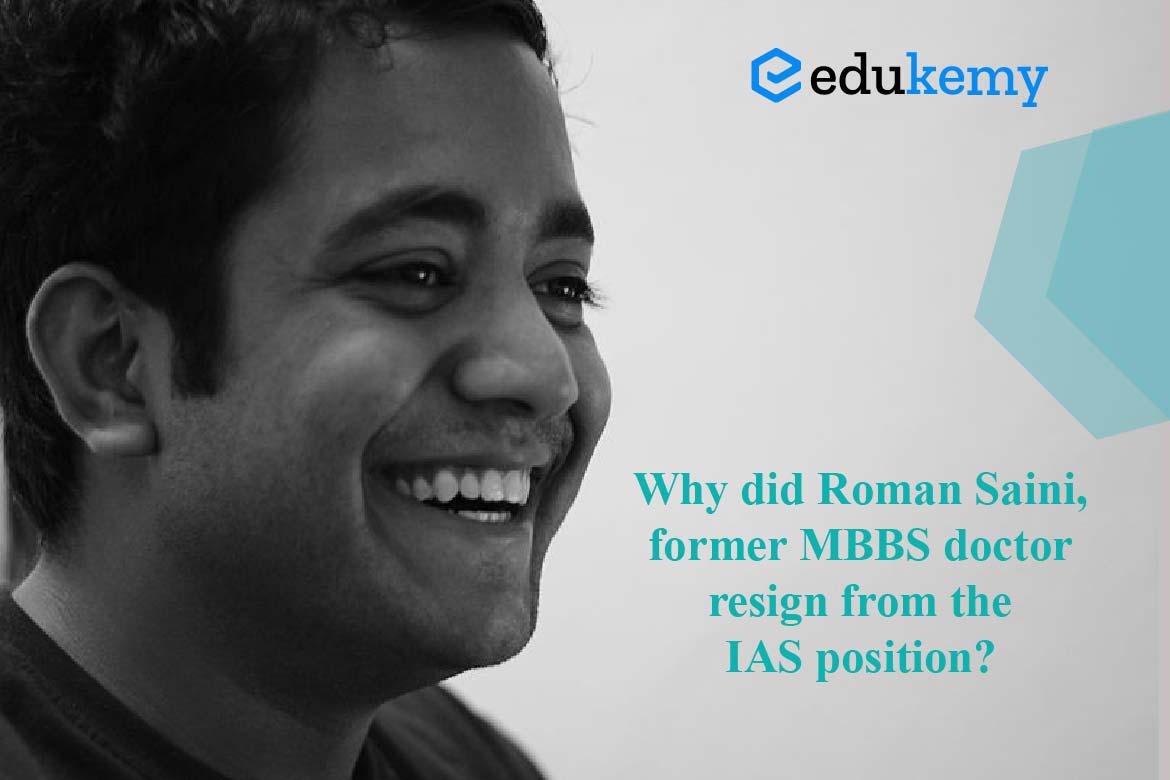 If you are a student and preparing for any kind of competitive exam you must have come across the platform Unacademy and it is a known fact that it is indeed a very famous one and especially among the NEET, JEE, and UPSC aspirants in India, but wait this is not about Unacademy it’s about the founder of the platform who was not only a former doctor but also an ex-civil servant, an IAS officer. We are indeed talking about the great achiever Roman Saini who comes from not a great place but a small town in Rajasthan but he has been doing wonders from the very beginning of his career let’s get an outlook of this great personality.

Roman is not just a very successful entrepreneur but was also one of the youngest IAS officers.

About the parents of the sheer genius Roman Saini

Achievements of Roman Saini at a young age

What suddenly inspired Dr.Roman Saini to be a civil servant?

Roman was posted in the district of Dayalpur at that time and he was deeply inspired and motivated to uplift the conditions over there and provide a better living standard to the people.

Journey of changing paths from MBBS to IAS

After getting a huge success in his first attempt at UPSC Roman was very overwhelmed and happy, this is his UPSC mark sheet.

Facts you did not know about Roman Saini

Why did Roman Saini quit IAS?

The true reason for QUITTING!

Roman Saini wanted to continue with the platform UNACADEMY with his friend Gaurav Munjal.

The vision behind this platform was to provide students the quality education in the comfort of their homes also without burning a hole in their parent’s pockets as coaching and tuition fees for these competitive exams are huge deals for the students and not everyone can afford it but that doesn’t mean that they don’t deserve quality education to give fair competition to their competitors.

Unacademy was started by the main founder that is Gaurav Munjal in 2010 as a youtube channel later in the year 2015 the company was founded and this was a huge revolution in the ed-tech startup industry. Also along with Gaurav Manjul and Roman Saini, there is a 3rd founder as well named Hemesh Singh and all three of them have successfully made Unacademy the largest educational platform with over 18000 educators.

Roman Saini also explains how he was skeptical at the beginning and was unsure of his whole decision of quitting and all but Gaurav Manjul who was a great friend of his for almost a decade convinced him that the educational system of India need reform and a drastic change is very much required.

Gaurav also had few experiences running startups in his initial days and this was not his first one, so keeping in mind all these factors Roman took the leap of faith and today Unacademy is a huge success and thousands of students benefit from it every day, and not only that Unacademy has succeeded in bringing results and ranks as well and not in one particular exam like UPSC with whose vision it started originally but also in other exams genre like NEET and JEE, SSC rank holders are being produced every year with almost one-third of the total money spent.

The success journey of Unacademy with Roman Saini

And this is how the early youtube channel turned into a full-grown educational platform that is loved and preferred by thousands of students.

Message by Roman Saini for all the aspirants

Top-notch strategies to follow to crack the UPSC exam

Who is the youngest Indian foreign service officer? – Abhay...

How to do the analysis of the UPSC syllabus and...

How To Read Newspaper for Current...

How to Prepare Geography for UPSC...