Home » Evaluate the policies of Lord Curzon and their long-term implications on the national movements. (150 words, 10 marks)

Evaluate the policies of Lord Curzon and their long-term implications on the national movements. (150 words, 10 marks) 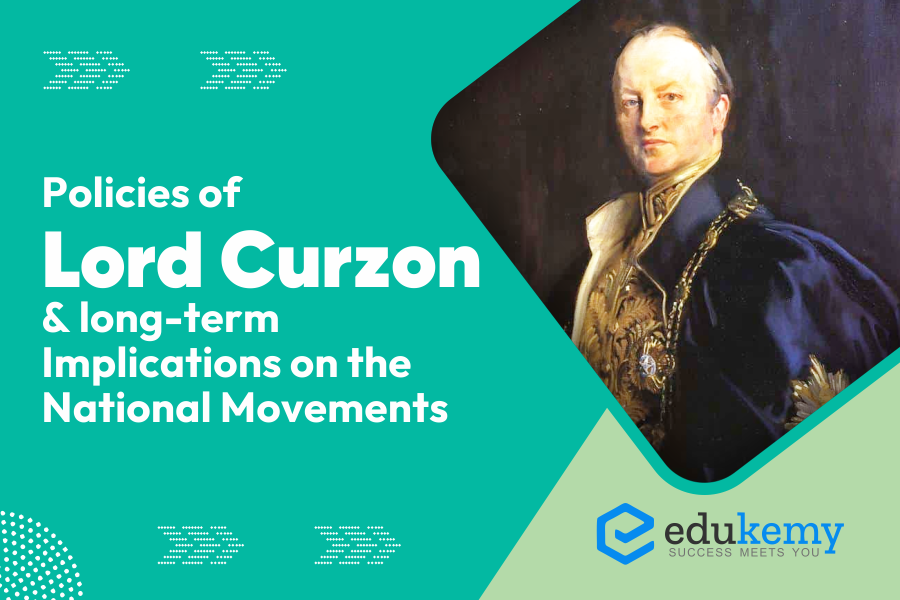 Lord Curzon became the Viceroy of India in 1899 and governed till 1905. He was a true successor of Lord Dalhousie. He was a great imperialist, authoritarian in temperament, ruthless in his ways and wanted to achieve too much at too great pace. The time of his governorship, was the formative phase of Indian national movement. Thus he tried to strangulate Indian nationalism and freedom movement by all fair and foul means.

The Act reduced the number of the elected representatives to the Calcutta Corporation. The aim was to deprive Indians of self-governance and serve the interests of the European business community who complained of delay in grants of licenses.

Bengal was divided, on the pretext of administrative convenience, in two separate provinces. The real motive was to check the relentlessly rising nationalism among the Bengalis. Curzon wanted to create fission based on religious identity.

This Act was passed to preserve the ancient monuments, gain control over traffic in antiquities, and to protect ancient monuments of historical importance. Through this Act, the government gained the power to acquire protected areas, and to regulate archaeological excavation anywhere in India.

To set the educational system in order, he instituted in 1902, a Universities Commission to go into the entire question of university education in the country.The provision of this Act introduced the structure of election to the Senate in the Indian Universities. The govt kept the veto and the overriding powers to itself in the matters of all the Universities in India, which increased the govt control over it.

He instituted a Police Commission in 1902 under the chairmanship of Sir Andrew Frazer. Curzon accepted all the recommendations and implemented them. He set up training schools for both the officers and the constables and introduced provincial police service. During the Curzon regime, the Northwest Frontier Province (NWFP) was established which covered roughly the areas of upper course of River Indus.

Curzon was a true imperialist and deeply racist, and convinced of Britain’s “civilizing mission”. He was intolerant of Indian political aspirations and his ambition was to strangulate the national movement. He had famously said, “Congress is tottering to its fall, and one of my greatest ambitions while in India is to assist it to a peaceful demise.”

The partition of Bengal and the high-handed behaviour of Curzon fired the national movement. His policies, contradictory to his beliefs, strengthened and extended the reach of nationalism. He also ended up extending the clout of extremists and revolutionaries who did not believe in pleading and petitioning. The long-term effect of his policies was the subsequent withdrawal of the British government years later.

The interlinking of rivers can provide...

Discuss the geophysical characteristics of Circum-Pacific...

Indian Philosophy and tradition played a...