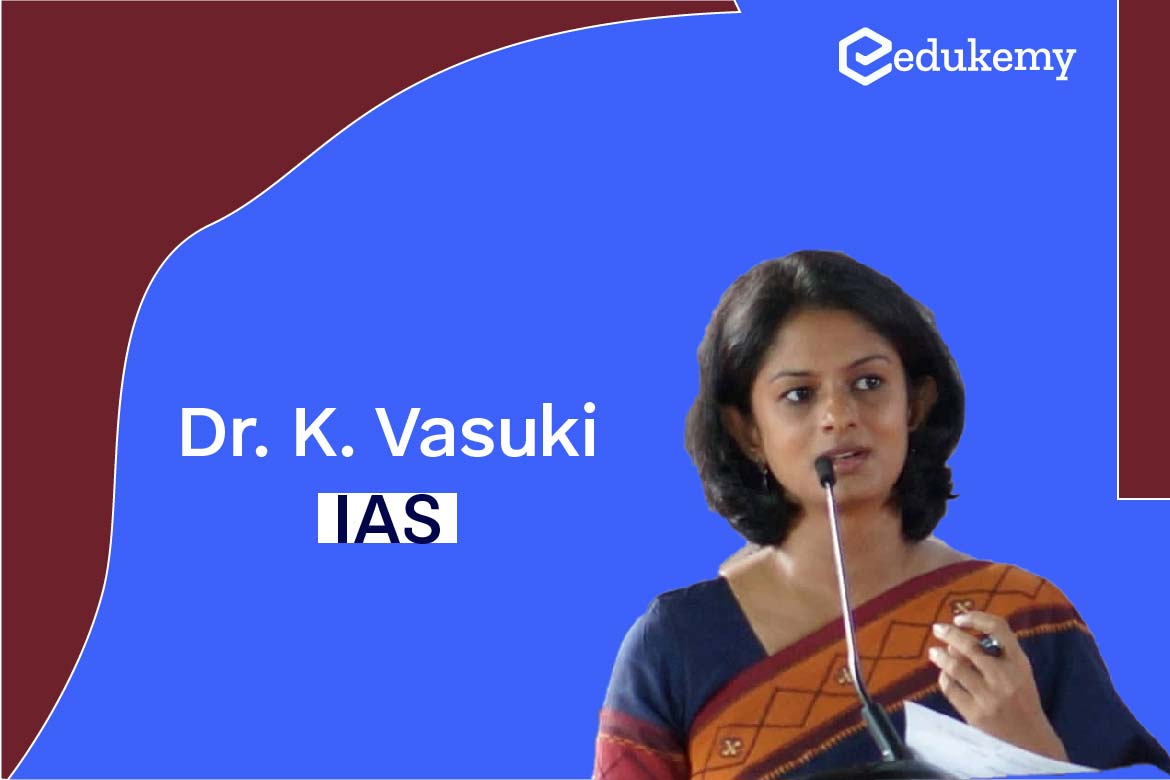 Being a Doctor is a dream for many and every year lakhs of aspirants sit for the medical entrance exam to fulfill their and their family’s dream.

K. Vasuki had a dream like this and wanted to serve people as a doctor.

But destiny had other plans for her and when she managed to become a doctor she realized that she was not doing enough and she had more roles to play to serve the country and this is how our country got its gem IAS officer.

Let’s get a look into K. Vasuki’s inspiring journey.

With this article, you will get to know how to focus, how dedication helps one in their journey, and how single-mindedness motivates one to clear all the hurdles.

What inspired K. Vasuki to change her path of focus from Medical to IAS?

Change of mind and path.

While her duty in the general wards of the government hospitals she was very much in grief and she believed that this is not enough of what she was doing.

Somewhere she knew there was more to do on her part and she had a greater role to play in giving back to the society she belonged.

The decision to change her field of focus came after long sessions of thought and evaluating all the reasons, pros, and cons.

She realized that there are doctors who are working day and night to treat people who are suffering but there are few people with the government to think about other problems like poverty and starvation.

Sanitation, and poverty starvation three are of the major issues faced by India right now, and these needs immediate remedies.

IAS Vasuki played her role well as an IAS officer.

Lesson to learn from the journey of K. Vasuki.

Making NCERT Notes for the UPSC

Top-notch strategies to follow to crack the UPSC exam