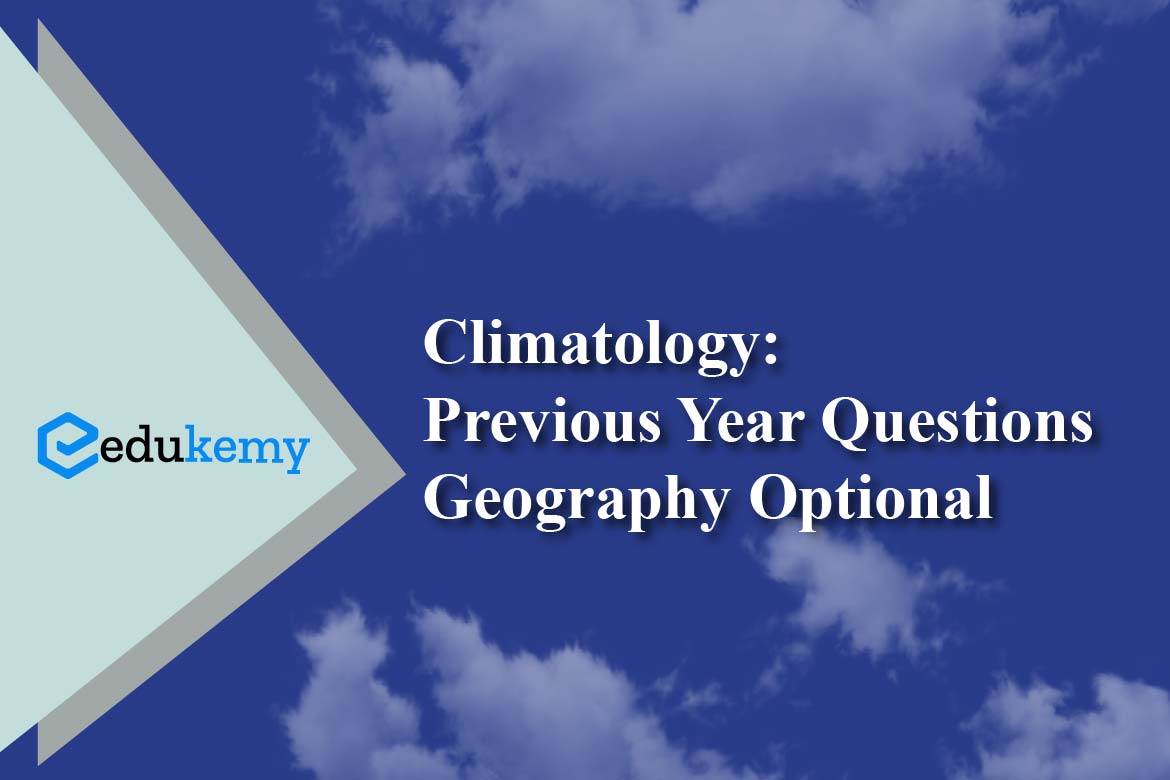 Climatology is one of the important sections of Geography Optional for the UPSC Civil Services Mains Examination. Outlined below are the various questions asked in the UPSC Mains from Climatology.

How to prepare for the Public Administration Optional for UPSC?

Tips to Improve Memory Power and Retention Ability While Preparing...

How to prepare Geography for UPSC Exams

Should Chief Ministers have a say in the appointment of...