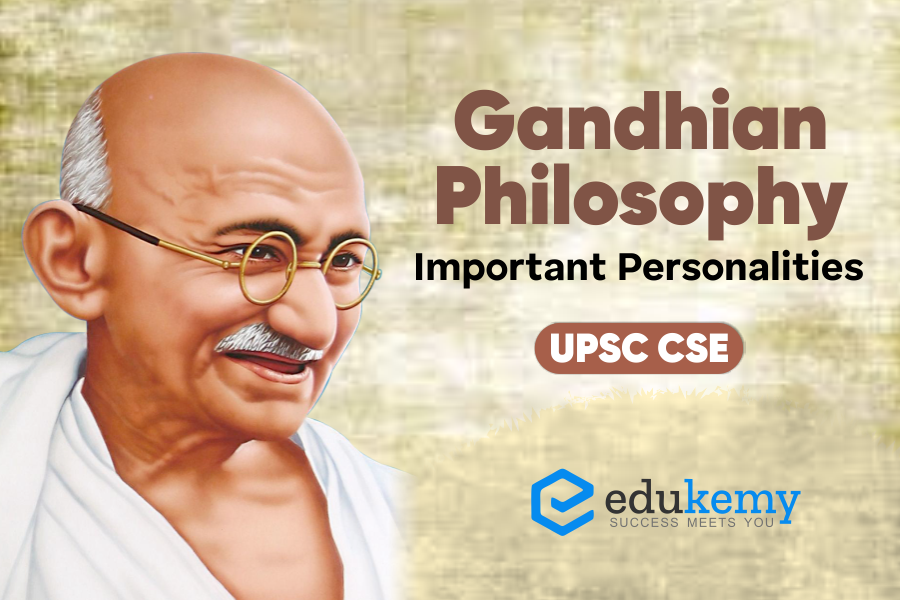 In 1937, Mahatma Gandhi seeded an important idea to revamp the education system, at a conference in Wardha, Maharashtra through Nai Talim. Gandhi felt a need to nullify what the education at the time of British Raj was trying to create – distinctions between knowledge and work, teaching and learning, among others. He also considered education as a medium to combat the dominant societal malice of ‘untouchability’ associated with caste-based vocations, such as spinning, weaving, basket-making, leather-work, and pottery.

He envisioned his scheme of education as the one that would lead to silent social revolution by eradicating poisoned relationships between classes. He was a believer in the power of education and wanted education to be accessible to all. This, he thought, would then help changing the dominant mindset that considered:

“By education, I mean an overall, all around drawing out the best in child and man, in body, mind, and spirit,” Gandhi said. He wanted an education system in which education and labour are complementary and felt this move in turn would help in eliminating unnatural division between ‘haves’ and ‘have-nots’, rural-urban divide through equitable balances. The dignity of labour and skill-based learning were the hallmarks of the Gandhian approach.

Swaraj for Gandhi was not freedom from the British. He said, clearly, “Real swaraj will come, not by the acquisition of authority by a few, but by the acquisition of the capacity by all to resist authority when it is abused. In other words, swaraj is to be attained by educating the masses to a sense of their capacity to regulate and control authority.” Although the word swaraj means self-rule, Gandhi gave it the content of an integral revolution that encompasses all spheres of life.

For Gandhi, swaraj of the people meant the sum total of the swaraj (self-rule) of individuals and so he clarified that for him swaraj meant freedom for the meanest of his countrymen. And in its fullest sense, swaraj is much more than freedom from all restraints, it is self-rule, self-restraint and could be equated with moksha or salvation.

How to Write Good Essay: Do’s and Don’ts

Sarvodaya is a term meaning ‘Universal Uplift’ or ‘Progress of All’. The term was first coined by Gandhi as the title of his 1908 translation of John Ruskin’s tract on political economy, “Unto This Last”, and Gandhi came to use the term for the ideal of his own political philosophy. Later Gandhian, like the Indian activist Vinoba Bhave, embraced the term as a name for the social movement in post-independence India which strove to ensure that self-determination and equality reached all strata of Indian society.

The Sarvodaya Movement has as its target the establishment of a whole network of such self-supporting village communities.

Principles of the Sarvodaya:

Gandhi’s ideals have lasted well beyond Indian independence. His followers in India (notably, Vinoba Bhave) continued working to promote the kind of society that he envisioned, and their efforts have come to be known as the Sarvodaya Movement. Anima Bose has referred to the movement’s philosophy as “a fuller and richer concept of people’s democracy than any we have yet known.”

How to write essay on Abstract/Philosophical Topics?

Gandhi called his overall method of nonviolent action Satyagraha. This translates roughly as “Truth-force.” A fuller rendering, though, would be “the force that is generated through adherence to Truth.” Nowadays, it’s usually called non-violence. But for Gandhi, non-violence was the word for a different, broader concept-namely, “a way of life based on love and compassion.” In Gandhi’s terminology, Satyagraha- Truth-force-was an outgrowth of nonviolence.

Satyagraha, when used as a tool for social and political change, aims to win over an opponent. There are three stages in this process:

According to Gandhi, “Satyagraha is literally holding on to Truth, and it means therefore Truth-force.” Truth, for Gandhi,
was God. Gandhi defined his personal goal as to “seeing God face to face.” Gandhi, in his experiments with satyagraha, both in South Africa and in India, became more and more aware of the relative character of truth as an operative principle. The relative character of truth became evident to Gandhi as each time the social and political problems he took up for reform differed. In this respect, satyagraha is not a dogma. It is neither static nor substantial. For Gandhi, holding on to truth in satyagraha is a dynamic concept and satyagraha is a technique of action.

In satyagraha, self-suffering is willingly accepted by the satyagrahi himself with the specific intention of the moral persuasion of the enemy. Self-suffering is neither an inability to win over the opponent through violence nor a meek submission to the will of the evil-doer. It is a fight against an evil system and a tyrant with one’s soul force. In other words, self-suffering is the way of the strong. Gandhi says, “Non-violence cannot be taught to a person who fears to die and has no power of resistance.”

Nevertheless, ahimsa is the means; Truth is the end. Means to be means must always be within our reach, and so ahimsa is our supreme duty. If we take care of the means, we are bound to reach the end sooner or later.”

In short, in the satyagraha movement for Gandhi, truth is the ultimate goal and non-violence is the means to it. Satyagraha as a technique for social and political change, has certain definite characteristics and features among which adherence to truth, non-violence and self- suffering have paramount importance.