Home » Should Chief Ministers have a say in the appointment of Governors: The Hindu

Should Chief Ministers have a say in the appointment of Governors: The Hindu 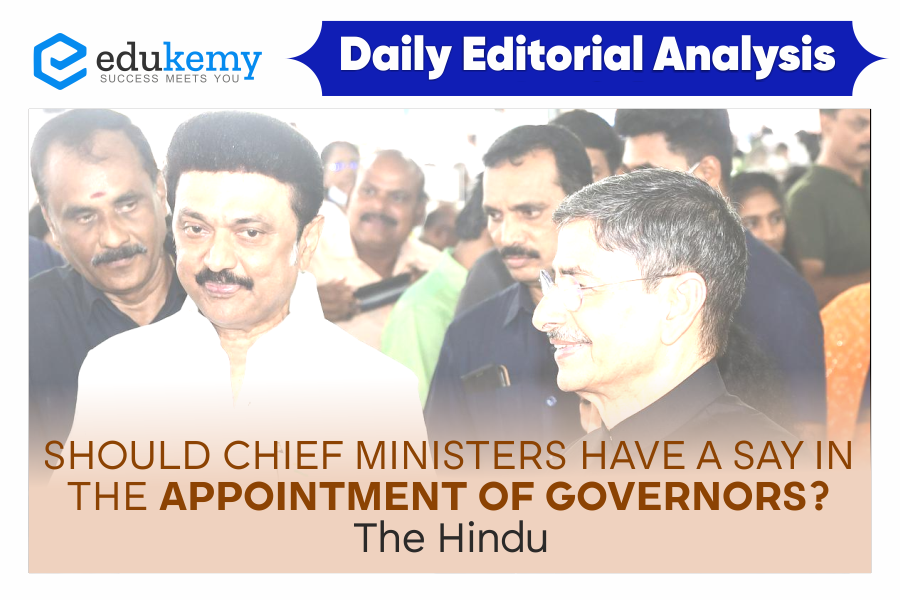 With the rise in instances of tension, and even stand-offs, between State governments and Governors, there is once again a debate on the role of the Raj Bhavan.

Governor is a nominal executive head of the state. He forms an important part of the state executive where he acts as the chief executive head. He acts as a bridge between the Centre and the States and is considered as one of the pivotal parts of cooperative governance.

Since 1858, when India was administered by the British Crown. Provincial Governors were agents of the crown, functioning under the supervision of the Governor-General. With the Government of India Act, of 1935, the governor was now to act in accordance with the advice of Ministers of a province’s legislature but retained special responsibilities and discretionary power.

Currently, under the parliamentary and cabinet systems of governance adopted by India, the Governor was envisaged to be the Constitutional Head of a State.

Issues Related to the Post of Governor in India:

Therefore, there has to be cooperation and coordination between the State government and the Governor, irrespective of their political loyalties. The majority and vote of confidence have to be decided on the floor of the House. The Governor is supposed to be a friend, philosopher, and guide. He should help from the back for sorting out issues and resolving disputes, even between political parties. The Governor should also advise the Centre on what is happening and what needs to be done.

There is a need to devise a ‘Code of Conduct’ that should define certain ‘norms and principles’ that should guide the governor’s discretion and constitutional mandate. Discretion must be a choice dictated by reason, actuated by good faith and tempered by caution.

Which of the following are the discretionary powers given to the Governor of a State? (2014)

Select the correct answer using the code given below:

Daily Newsletter – Get all your Current Affairs Covered – Click Here

Life of an IAS Officer