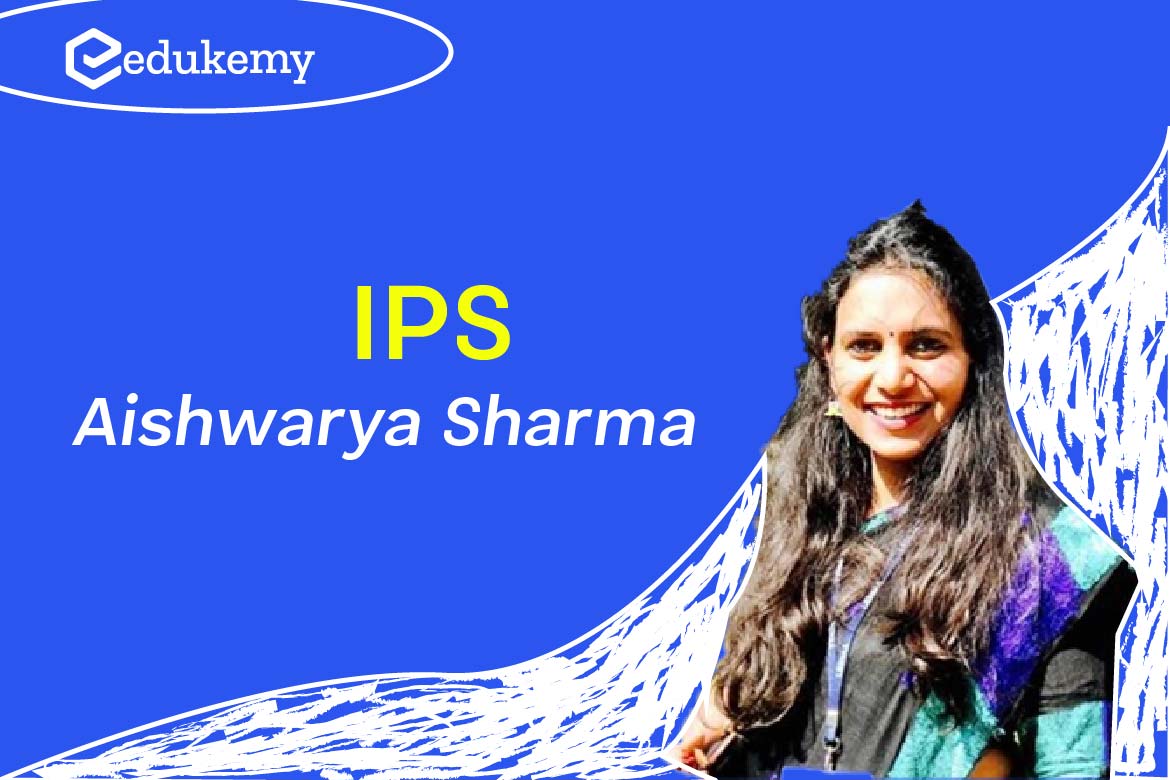 Being an IPS or IAS officer is one of the highest posts in our country that holds a position of great responsibility and respect.

Aishwarya Sharma is one of the bravest and well known IPS officers.

Her dedication and compassion toward her responsibilities and work are commendable.

In order to achieve this respected position one must crack one of the dreadful examinations which is UPSC, this examination requires top-level preparation.

One of the fascinating factors of this exam is that the exam is conducted throughout the year.

Family, inspiration and the background of IPS Aishwarya Sharma

She got her inspiration to become a civil servant from her father only.

Mr. A.K Sharma is also a well-known responsible IPS officer who has devoted his life to the welfare of the people.

Aishwarya considered her father an idol and always wanted to be like him.

To small Aishwarya, her father was like a superhero who manages the well-being of the place or district he was posted in.

And soon she also decided to join him and be like her father.

Aishwarya’s mother is a homemaker and also supported her throughout her journey to become an IPS officer, she always supported and motivated Aishwarya in every step even at times when Aishwarya was not able to have confidence in herself as well.

Aishwarya Sharma has an elder brother as well who works in HCL, Seattle as an electrical engineer.

Why reading the newspaper the right way is important for a UPSC aspirant?

Newspapers are the best way to get updated daily, But the paper contains a lot of things and information as well.

It is not possible to mug up every detail and fact.

IAS Aishwarya used to read the esteemed daily every day during her preparation within 1-2 hours.

you can get to know about the right way of reading the newspaper efficiently check out the below link.

UPSC mains is one of the toughest battles.

In the aftermath of the first attempt, how to overcome the monotony

Many aspirants are not able to clear the exam, on the first attempt. There may be ample reasons for that.

Tackling work and study together

Trying to gulp down lots of books and sources for the same subject.

Similarly, after the 1st attempt reading the same things through the approach was better this time, but it Aishwarya was a bit more distressed.

It was getting more overwhelming day by day and she was determined that she will not allow this monotony to come in between her preparation.

How to overcome monotony in your 2nd attempt

What you need to know about writing your Mains paper answers.

With effective and daily practice, this could be achieved only.

These were some of the basic strategies used by IAS Aishwarya in her second attempt at the Mains Exam of UPSC.

A UPSC candidate’s choice of optional subject is crucial

Aishwarya Sharma did a series of mistakes in her first attempt but did not forget to take valuable lessons from them.

In her first attempt, she chooses Electrical engineering as her optional subject.

This was one of her worst mistakes and though she knew she was not much comfortable with her choice due to her B-Tech background she chose that.

In her next attempt, she went through her own analysis of the previous year’s papers and knowledge and decided to take up Economics.

This decision proved to be a better one.

So IAS Aishwarya suggests all the aspirants to not do what everyone is doing or saying.

Rather go by your own analysis and research and of course your comfort zone.

How to choose the optional subject– https://edukemy.com/blog/what-are-the-different-optional-subjects-in-upsc-and-how-to-choose-one/

How IAS Aishwarya Sharma prepared for her UPSC interview

Postings and journey after clearing UPSC.

After B-Tech Aishwarya did her masters in police management.

Aishwarya was posted in the Maharashtra cadre and also completed her probation from Kolhapur.

IAS Aishwarya got her first posting in Pune.

Where is IAS Aishwarya posted currently?

IAS Aishwarya is currently posted as the superintendent of the police in Pakke Kessang, which is in Arunachal Pradesh.

How to Prepare Compulsory Language Paper...

Gaurav Agarwal, The genius who cracked...

How to Practice Answer Writing for...