Home » Ankur Garg, Engineer to IAS, youngest IAS officer at the age of 22.

Ankur Garg, Engineer to IAS, youngest IAS officer at the age of 22. 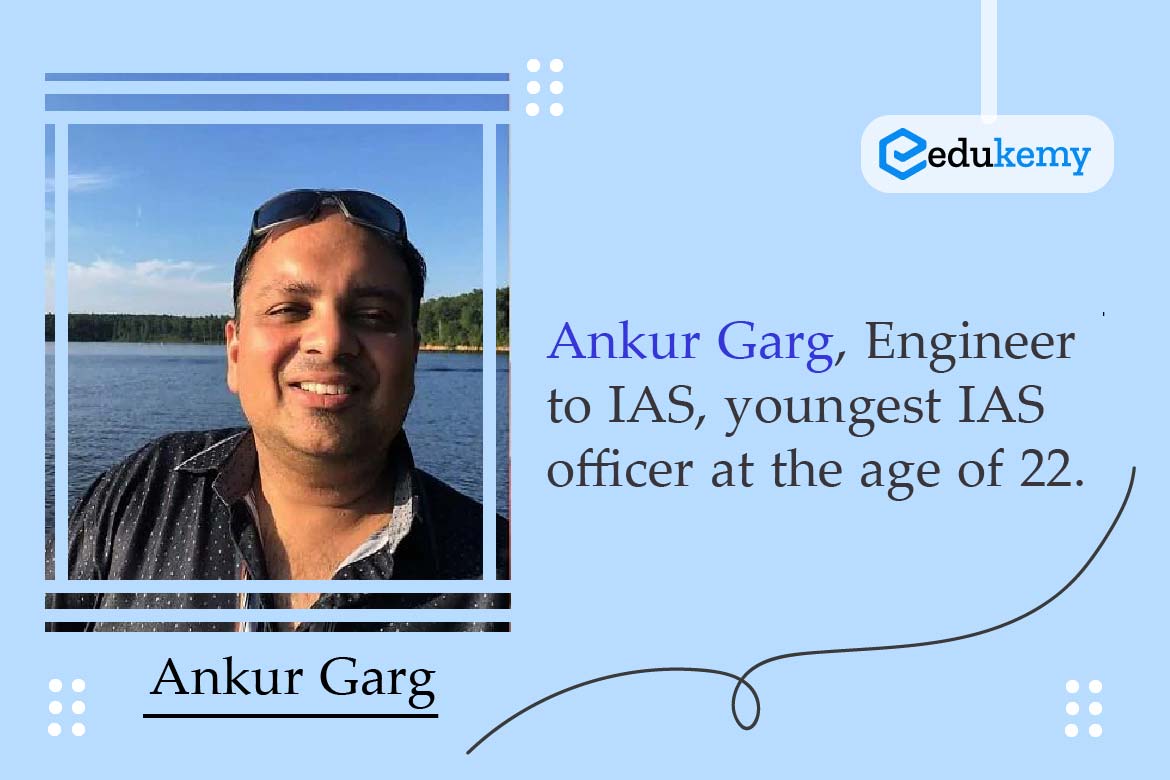 The Youngest IAS officer of India sounds fascinating right! Well, it is, Ankur Garg was an IIT graduate and was able to to the UPSC CSE exam on his first attempt itself at the age of 22.

The journey from being an electrical engineer to an IAS officer has not been a very easy one but surely an aspiring and motivational one, lets’s get a brief look into the account of his journey.

Family, place of birth, and the early life of Ankur Garg.

Ankur Garg belongs to a very academically sound family and most of his family members are highly educated and are at the top of their careers, Ankur Garg’s father is a well-known doctor of plastic surgery and his mother is also a doctor and specializes in child health.

Among the family of the doctors, Ankur decided that he wanted to pursue engineering as he had a great interest in new technology so he chose the branch of electrical engineering.

Not only this Ankur Garg also has a sister almost his age and she is also a doctor, in the year 2003 she was pursuing an MBBS from the college of Lady Hardinge Medical College.

Ankur Garg and his family were mainly from Patiala, Punjab.

The mindset of Ankur Garg and early achievements.

From the early days of the 3rd standard, only Ankur Garg was determined to be an IAS officer and he was always highly motivated by that thought, he worked hard throughout his whole educational journey and never let anyone down.

Though he belonged to a family background of science and thus he took engineering as a choice of subject for his graduation, Ankur also did well in his entrance exam and was able to get into one of the best engineering colleges that is IIT, Delhi.

But still, out somewhere he was always very much interested in subjects like history and economics and never really stopped learning about those subjects even if they were not in the curriculum of his current course, IAS Ankur believed that if someone wants to learn and gain knowledge about any particular thing then the sky is the limit and there are endless sources for that as well.

After finishing the process of exams and clearing all the 3 rounds of the exam- the Prelims, Mains, and the Interview round Ankur was somehow very convinced and confident with his performance and knew that he would crack the exam and must get a very good rank, though after receiving the AIR 1 he was also shocked because he knew he did well but he never expected to get the first rank.

What was the choice of subjects made by Ankur Garg for the exam?

Before completing his graduation in electrical engineering Ankur Garg also achieved two international awards, which were awarded by the Institute of Lausanne and Paris.

Ankur Garg also was offered a six-digit salary after completing his degree from IIT but by then he has made up his mind that he wanted to serve his country first and thus he refused that offer and continued to prepare for his UPSC exams without any distractions.

Postings after the year 2013 were more challenging to IAS Ankur.

This award is awarded to those who are committed to international development and prove to be responsible citizens of the country and also to the ones who have the potential and confidence to lead a community.

The secret sauce for success in one of the toughest exams, UPSC.

The only way to get a good rank is to be single-minded and have a focus on a particular thing and that should be getting good grades and developing a personality that is appreciated and admired and that kind of personality is very much required to be selected for the exam as the interviewer wants an overall package and not someone who is halfway there.

The strategy of AIR 1 Ankur Garg is to crack UPSC in the first attempt.

Where is Ankur Garg now?

Ankur Garg has recently made headlines by scoring 171 out of a total 170 in macroeconomics at the prestigious college of Havard and was also awarded by the Ivy League universities, the Raymond Vernon Award for commitment to international development

Yes Ankur Garg is married and also has 2 children.

Why did Roman Saini, former MBBS...