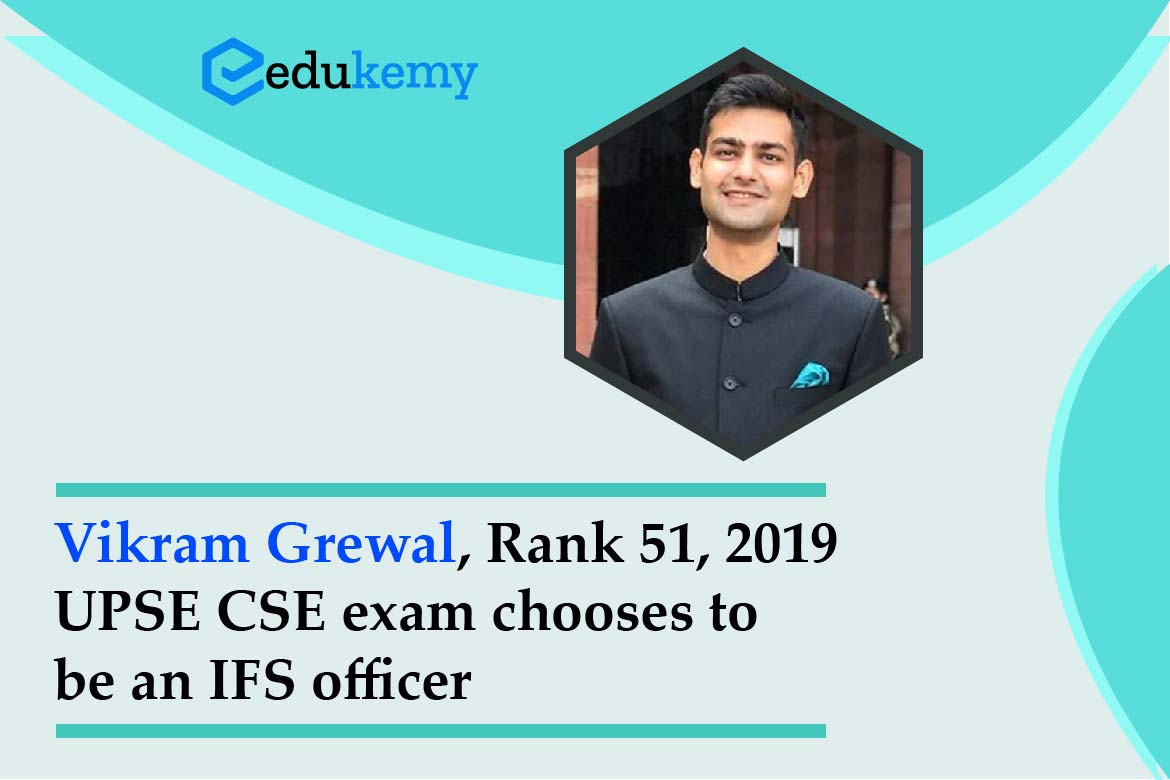 “I have lived in many states of India, and thus this helped me to see India as a united nation and not just any particular state or city I live in” this was none other than the famous IFS officer Vikram Grewal, while most of the aspirants who give the UPSC CSE exam aim for being an IAS or IPS officer, on the other hand, Vikram Grewal being uniquely made his priority to be an IFS officer he was very much fascinated by the platform an IFS officer is given and always dreamt of representing India as a nation, and to him choosing a particular district or cadre would be very difficult because of his vision.

Vikram Grewal has always been very sincere and studious with his academics though due to his father’s service in the army he used to get transferred from one part of the country to another one almost every 2 years still Vikram did not let it affect his studies, Rather he invested his time more to love his country and the parts of it, and noticed no matter how different the culture and languages get, still the hearts of the people are connected and India itself is a singular nation no matter in how many states or parts it is divided in, those are all just political barriers.

What is the educational background of IFS Vikram Grewal?

Unique Strategies by UPSC topper to crack the exam.

IFS Vikram Grewal has proved his point that if an individual aim for something and plans for it accordingly that never goes to waste, and this is a lesson every aspirant must keep in their mind.

Is Vikram Grewal IFS or IAS?

Vikram Grewal is currently serving the country as an IFS officer.

Why did Vikram Grewal choose to be an IFS officer?

Vikram Grewal wanted to be an IFS officer because he wanted to represent his country at a global level, which according to him would be a very honorable opportunity to him.

What is the Rank of IFS Vikram Grewal?

In the year 2019 Vikram Grewal achieved the rank of 51 in the UPSC CSE exam.

What was the score of Vikram Grewal’s essay paper?

Vikram Grewal scored a total of 161 marks on his essay paper which is considered to be a very good marks.

Who is the youngest Indian foreign service officer?

How to finish the UPSC Prelims paper in time?

How many hours should I study to crack UPSC

Difference between IAS & IFS WHICH ONE TO CHOOSE?

Kanishak Kataria, the man who loved...