This article will throw light on the salary structure and the allowances of IAS Officers. 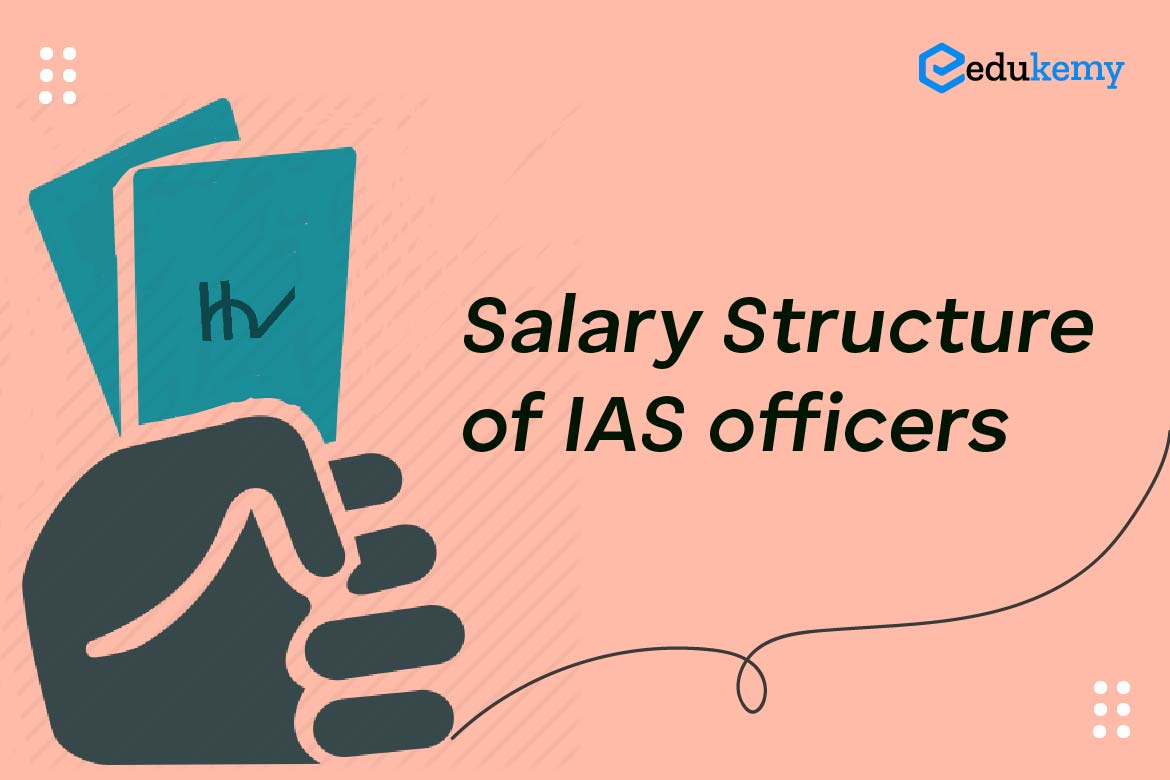 An IAS officer’s position is one of the most distinguished government positions in India. The IAS salary or pay scale is based on the 7th Pay Commission, with a payment level of 10. An IAS Officer’s monthly basic salary is INR 56,100. (Excluding other allowances like TA, DA, HRA). A Cabinet Secretary’s salary might reach Rs. 2,50,000. An IAS officer’s work has many perks, including a high income, a prestigious status, and numerous additional perks. Every year, thousands of people apply for IAS openings. Aside from the good IAS salary, there are various other benefits that make this position highly sought and esteemed. This article will throw light on the salary structure and the allowances of IAS Officers.

The starting pay for all Civil Servants (Group A) is the same (The Payment Level being 10). On June 29, 2016, the Cabinet approved the recommendations of the 7th Pay Commission. Even for entry-level IAS Officers, the total remuneration would be great and adequate. The pay scale progresses to Pay Level 18.

What Has Changed in IAS Starting Salary Since the 7th Pay Commission?

The table below shows the IAS Officer Salary information at the entry level per month:

The salary structure of the IAS (UPSC CSE) is divided into eight grades. Each category has a different fixed base pay and grade pay.

The following table shows the progression of ranks in the career of an IAS officer that can be achieved through skills and hard work.

Allowances and Benefits for IAS Salary

In addition to the basic pay, the IAS Salary includes allowances such as House Rent Allowance (HRA), Dearness Allowance (DA), and Travel Allowance (TA). The remuneration of an IAS officer will rise in line with their level of experience. The Cabinet Secretary’s basic salary is Rs. 2,50,000 per month. A DA, HRA, and TA are also available to IAS officers.

The HRA ranges from 8% to 24% of the basic salary. However, if you live in official housing, the HRA amount will not be credited to your pay.

The HRA is also determined by the city in where the candidates are posted.

In the case of DA, this portion is linked to inflation, as recommended by the 7th Pay Commission. It is also worth noting that DA grew by 107 percent of IAS Officers’ basic salary in 2015. As a result, the DA portion will rise significantly in the future.

DA is increased every six months (in January and July every year). This increase in DA would be in accordance with the inflation index (CPI).

Travel Allowances (TA) will be provided to cover a portion of the travel expenses.

If an IAS officer is granted a government vehicle, he or she does not receive any TA.

The IAS Officer benefits in a variety of ways from his or her government work. There is a steady trend of revenue growth. Furthermore, the allowances and advantages available to IAS officers make it a highly desired job. With this government employment, your career is assured because the odds of getting dismissed from the IAS Officer post are slim to none.

It is the second most desired position in the UPSC Exam. A good pay is also available as an Indian Revenue Service Officer. The UPSC IRS wage structure is available to candidates below.

Indian Foreign Services proposes to serve the government in another country. It comes with numerous perks, a very high salary, and numerous family amenities. The UPSC IRS salary scale is shown in the table below.

It is a post included with the Uniform. UPSC IPS positions provide a candidate with significant influence, respect, and reputation. The Salary Structure and Job Post can be found in the table below.

UPSC CSE provides numerous benefits and is held in high regard in India. The benefits are standard for all UPSC CSE posts such as IAS, IFS, IPS, IRS, and others and are stated here.

Young people should keep in mind that the IAS pay scale in India should not be the main criterion for joining the services. Civil service is an opportunity to serve the country and make a difference in the lives of its citizens. Your primary motive should be a desire to work for the country and improve the lives of many people. Aside from the substantial IAS salary, aspirants are drawn to the sense of pride and dignity that comes with being a public servant. Power, duties, and the opportunity to serve the country all play important roles.

A life of hard work and toil awaits an IAS officer, but the government takes great care to keep these able-bodied administrators of our nation in the best of health. It accomplishes this by offering them with not only lucrative in-hand wage packages, but also a slew of perks.

10 Simple Ways to Prepare for Current Affairs in UPSC...

Why NCERT is the most important...

How to finish the UPSC Prelims...