Home » What are the different types of Funds of the government of India?

What are the different types of Funds of the government of India? 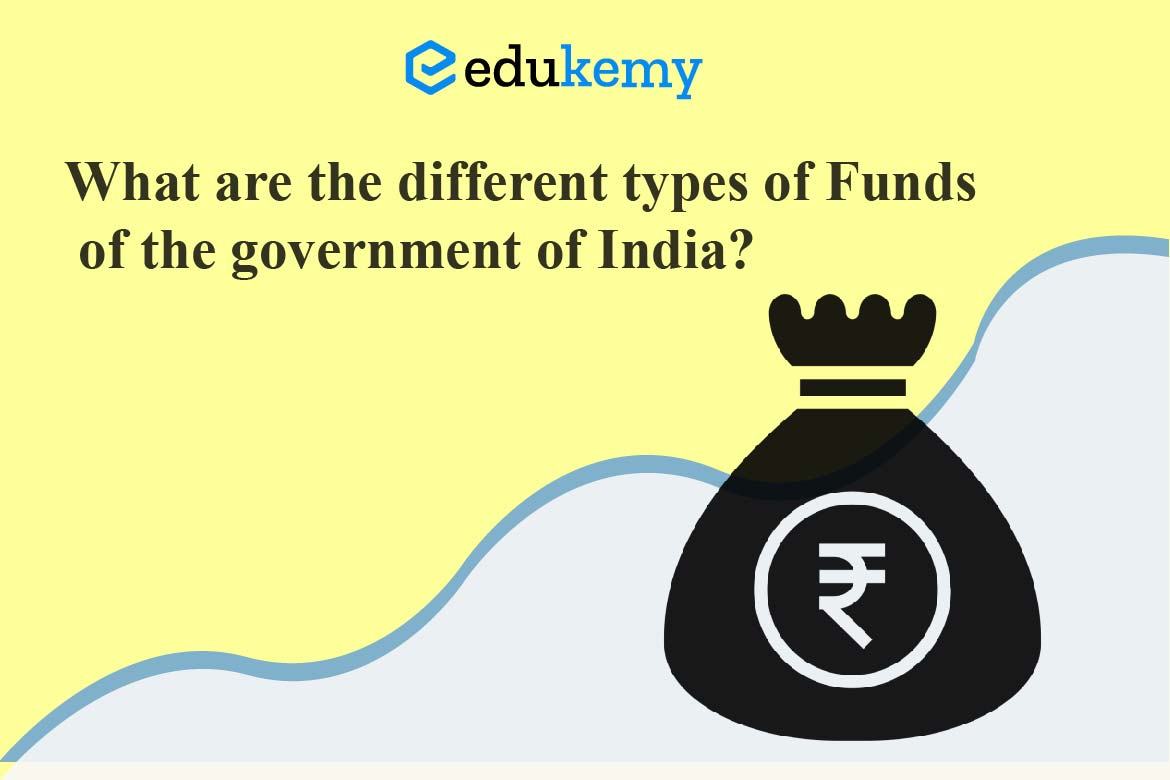 Three types of central government funds are available: the Consolidated Fund of India, the Contingency Fund of India, and the Public Accounts of India. These three types are mentioned in the Indian Constitution. The topic ‘Types of Funds In India’ is covered in the GSII-Indian Polity syllabus for the IAS Examination. In this article, we will provide you with important information about the three types of funds.

What are the different funds of India?

These are the three main areas where funds from the Indian government are kept.

What is government funding?

The government has set accounts that are used for specific spending categories, just like a business. Fund accounting allows for the recording of limited resources by individuals, governing agencies, or donors.

Because it is all about spending and recording, government agencies use it when reporting their accounting. Fund accounting does not focus on profitability. It focuses instead on responsibility for spending.

Government funds are a grouping that is used to account for tax-supported activities by the federal government. The other type is the proprietary fund which accounts for government-like business activities. There are many types of government funds, and each one maintains its own balance sheet. A balance sheet is maintained by a branch to show that it has spent the money correctly.

What is the Consolidated Fund of India (CFI)?

The Constitution prohibits the government from taking money out of the Consolidated Fund of India. The government however cited the pandemic crisis as the reason for taking this step.

Article 266 of the Constitution defines this fund. This article states that “all revenues received by India’s Government, all loans made by it by issuing treasury bills or loans or means advances, and all money received from that Government for repayment of loans shall be consolidated into one fund, to be called the Consolidated Fund of India.”

In simple terms, it is the sum of all revenue received, interest earned, and money borrowed by the government into its Consolidated Fund of India. It’s a record of all the income the government receives via income tax, customs and central excise, as well as the expenses it incurs (except for exceptional items).

In every budget, the government presents a statement of expected receipts and expenditures to the Parliament for the following financial year. This is known as the ‘Annual financial statement’ and is the main Budget document.

The Annual Financial Statement lists the receipts and payments to the government in three sections.

One of these is the Consolidated Fund of India. The Public Account and Contingency Fund are the other two.

With the exception of a few transactions that are made through the Contingency Fund or the Public Account, all government expenditure is incurred from this Consolidated Fund. Without authorization from Parliament, no amount can be taken from the Fund.

The Revenue Account is used to track the revenue from taxation, other receipts, and expenditure.

Receipts refer to receipts of a capital nature that cannot be used as a setoff to Capital Expenditure.

This section deals with expenditures that are incurred in order to increase concrete assets or reduce recurring liabilities. Receipts of a capital nature that are intended to be used as an offset to Capital expenditure are also included.

The sections Public Debt’ (and Loans and Advances) include loans that were raised and their repayments, such as external debt or internal debt.

The Consolidated Fund also charges certain items, such as salaries and allowances for top government officials. These include the President, Chairman, and Deputy Chairman of Rajya Sabha as well as the Speaker and Deputy Speaker of Lok Sabha. They also include salaries, allowances, and pensions for Judges of the Supreme Court, the Comptroller-General of India, and the Central Vigilance Commission.

The CGA is the Government of India’s Principal Accounting Adviser. The office is located in the Department of Expenditure, Ministry of Finance, GOI.

The costs incurred by the Consolidated Fund of India are shown in the following table. Candidates should be aware of these since questions derived from them could be asked in the UPSC Prelims.

The following expenses are deducted from the Consolidated Fund of India:

Supplementary grants are awarded when the amount that was approved by Parliament through the appropriation act to fund specific services for the current year’s financial calendar year turns out to be insufficient.

They are granted when a necessity is felt during the current financial year to fund an additional expense for a new service that was not included in the budget for the year.

An excess grant is awarded when the amount of money spent on any item in a financial year is greater than the amount allocated for the service within the budget.

In India, who is in charge of the government’s money?

The Ministry of Finance is the supreme authority in control.

Who holds the Contingency Fund of India?

The Secretary of the Government of India, Ministry of Finance and Department of Economic Affairs, is the holder of the Fund on behalf of the President of India.

Who receives a salary from the Consolidated Fund of India?

The Ministry of Finance prepares the budget.

UPSC – Knowledge is commodity in the ChatGPT world

How many Optional Subjects are there in IAS Exam?

Important Tips to Tackle the Compulsory Indian Language Paper in...

Why NCERT is the most important...

Significance of Geography in UPSC CSE...