Home » Which is the best newspaper for IAS preparation? 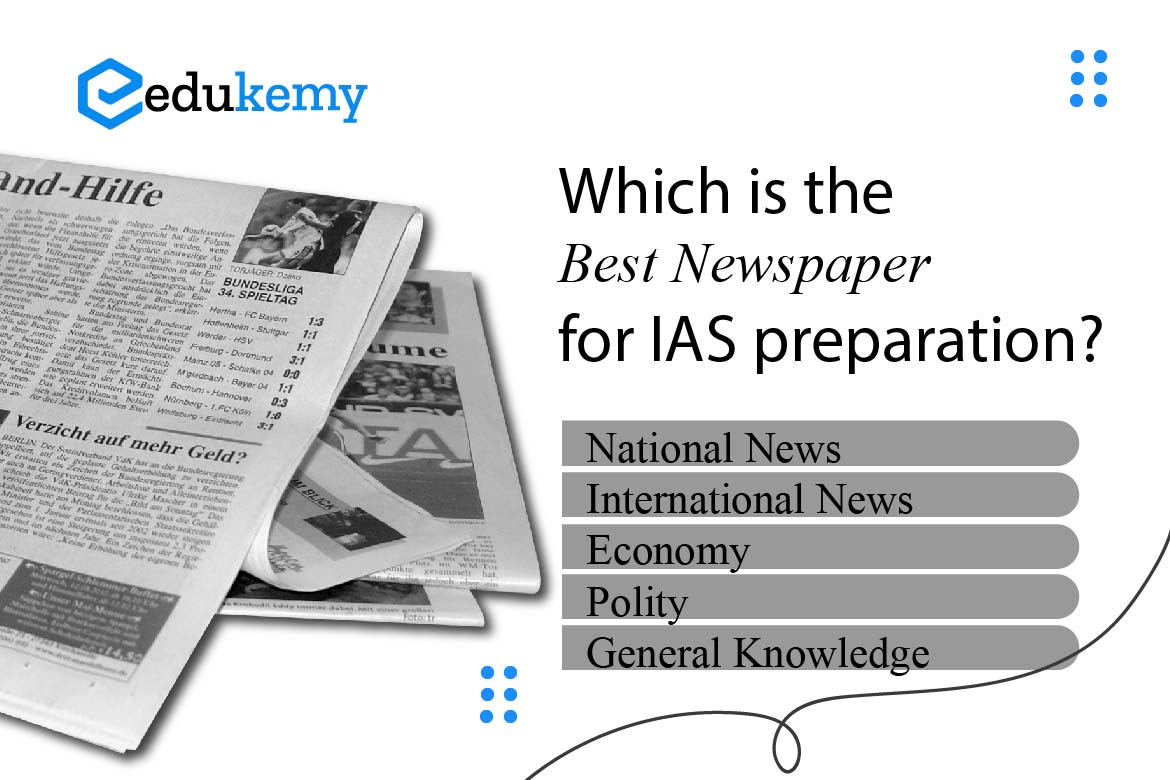 This article aims to assist those IAS hopefuls who will be taking the Civil Service Exam in the Hindi medium. In this article, we’ll provide the top Hindi papers for IAS/IPS/IRS/IFS for the UPSC civil service exam.

The reality is that for Hindi-medium candidates, you’ll not find a single Hindi publication that is comparable to The Hindu’s quality and standards. This does not mean you’re any further than English-medium candidates for IAS.

In saying this, we’re saying that there’s not a single newspaper available that can provide all the latest news in one location, such as The Hindu. It is essential to study at least two Hindi newspapers to prepare for the IAS exam. This makes it a bit boring for Hindi-medium students when it is about the daily news.

It is easy to find the most exciting headlines in every Hindi newspaper. However, UPSC is different and they don’t ask straight questions.

They’ll ask anything. Therefore, don’t take the risk of reading many more papers than you could since news is scattered and it’s not feasible to read all the newspapers.

The Hindi newspapers are limited in space, so they only publish information that they consider relevant to their readers. They do not publish news, according to UPSC. This is why it’s your responsibility to gather information from a variety of sources. We’ll show you the best way to do this.

Which news channel is best for IAS preparation?

Learning about news and information for preparing for the IAS is an important task for all candidates. If you are a novice, taking a look at these channels that are devoted to the programs listed below can be a great eye-opener in a way.

It is critical to watch these news channels in order to understand the wide range of current issues that will be relevant to the UPSC Exam. Here are a few of the most important ones below.

2. Samvidhaan the Making of the constitution of India (Rajya Sabha TV)

10. The state of the market (Rajya Sabha Television)

Alongside the usual newspaper reading, each hopeful, whether veteran or beginner, is advised to watch these television shows to gain the most information on the most pressing issues of the present.

How to read newspapers for the UPSC Civil Services Examination?

Newspapers are an important part of UPSC Civil Services preparation because they keep aspirants up to date on the latest news and developments from around the world and in the United States. But, there is a particular method by which newspapers must be read to avoid wasting time. It is important to be able to read the newspaper in order to aid your preparation without taking up the majority of the time.

The two top and most recommended publications to read for UPSC preparation are “The Hindu” and “The Indian Express”. Let’s discuss the best way to go through the newspaper to prepare for IAS preparation so that you can maximize its potential.

Which newspaper is best for UPSC by topper?

Which publication is best for IAS?

What are the most popular books that can help you pass the UPSC Civil Services Prelims? Take a look at the list of books that tippees recommend to pass the IAS prelims exam. These books are recommended by IAS toppers.

4. A Certificate in Physical and Human Geography by Goh Cheng Leong (Geography)

6. Economic Survey by the Ministry of Finance. (Economy)

Which publication is best for IAS?

This article will focus on the top Hindi newspapers for the UPSC civil services exam and aid candidates taking this test in the exam in the Hindi medium. Several excellent Hindi newspapers can help with preparing for the IAS test. It is essential to study various papers in the language to get a complete overview of the subject and put it all in one place.

It is well known that UPSC is not a place for straightforward questions. It is suggested to establish the habit of writing notes on current events to ensure that all the important information within a reasonable period is in one place and available for reference.

Which is the best newspaper for IAS?

According to the consensus, The Hindu is considered the best newspaper to read for IAS preparation. Candidates can also consult The Hindu and The Hindu specifically for UPSC preparation sections:
1. The New Indian Express
2. Economic Times

Which news channel is best for IAS preparation?

Though watching TV is not recommended for IAS preparation, candidates can watch the following channels to increase their knowledge and stay up-to-date on current affairs for UPSC:
1. Lok Sabha TV.
2. Rajya Sabha TV.
3. PIB
4. DD News

Which is the oldest English newspaper in India?

What are the different optional subjects in UPSC and how...

10 years of POCSO: An analysis of India’s landmark child...

How to Write Good Essay: Do’s and Don’ts in UPSC...

How to Prepare for UPSC Mains...