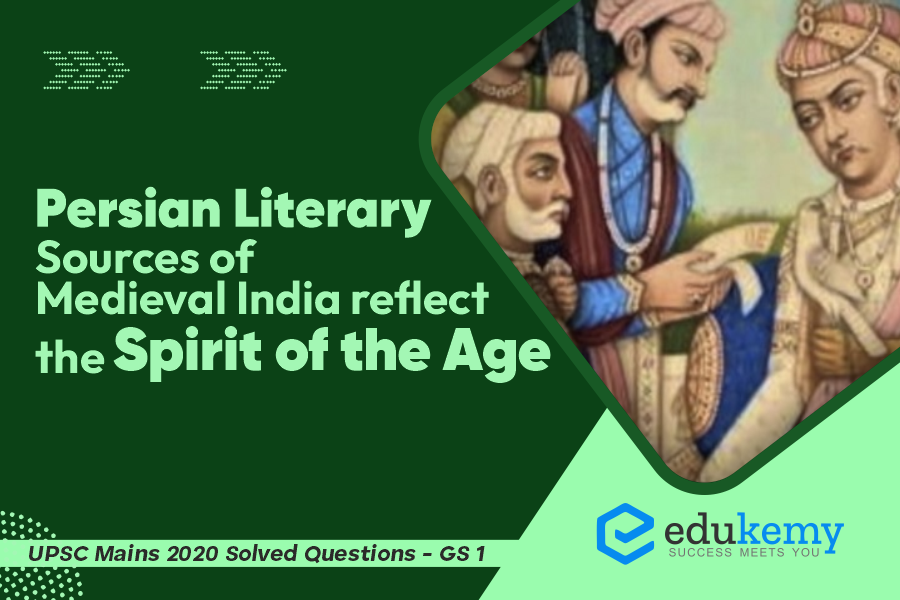 The salient aspects of Art Forms, literature, and Architecture from ancient to modern times

Persian literary sources of medieval India reflect thought, social structure, culture, political institutions of that time or the spirit of the age. Persian was the favorite language of rulers, the Delhi Sultanate and Mughals promoted it. That was the time when Persian poetry, literature and chronicles enjoyed patronage.

Persian littérateurs and literary sources reflecting the spirit of the age

Persian literature in the south received patronage from the Adil Shahi rulers of Bijapur and the Qutab Shahis of Golconda. Muhammad Hussain Tabrezi, Malik Qummi and Mulla Zuhuri were regarded as important Persian poets. This development gave the new feature of Urdu language integrated with the local language called Daskshini (Deccan) Urdu.

The development of Persian literature in the Mughal court played an important role and influenced the development and growth of regional literature. Languages like Punjabi, Pushtu, Sindhi and Kashmiri were strongly influenced by Persian.

With the coming of the Muslims to the subcontinent, Persian, an Aryan tongue and sister language of Sanskrit, came to India, which is the confluence of diverse faiths, languages and cultures and which has a tradition of adopting and blending and then producing a composite cultural unity in diversity. But it is noteworthy that Persian learning attracted both Hindus and Muslims all over the country.

This according to Sherwani “was a symbol of the general trend of the cultural goodwill which existed in the country.”

How will the melting of Himalayan glaciers have a far-...

How will the melting of Himalayan...

The process of desertification does not...