On this occasion both countries signed key agreements including 12 MoUs in several areas such as technology aviation, internet of things (IoT) blockchain, infrastructure, as well as petrochemical refinery projects, and oil and gas processing. 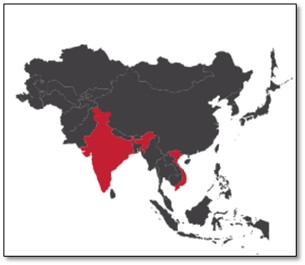 Areas of Convergence and cooperation

India’s relationship with Vietnam will be both of a challenger, as well as of a collaborator.

Question: Given the context on India’s current engagements with Vietnam, elaborate on the future prospects of this relationship.