This article will help you decide whether PSIR is the perfect choice of optional for you or not. 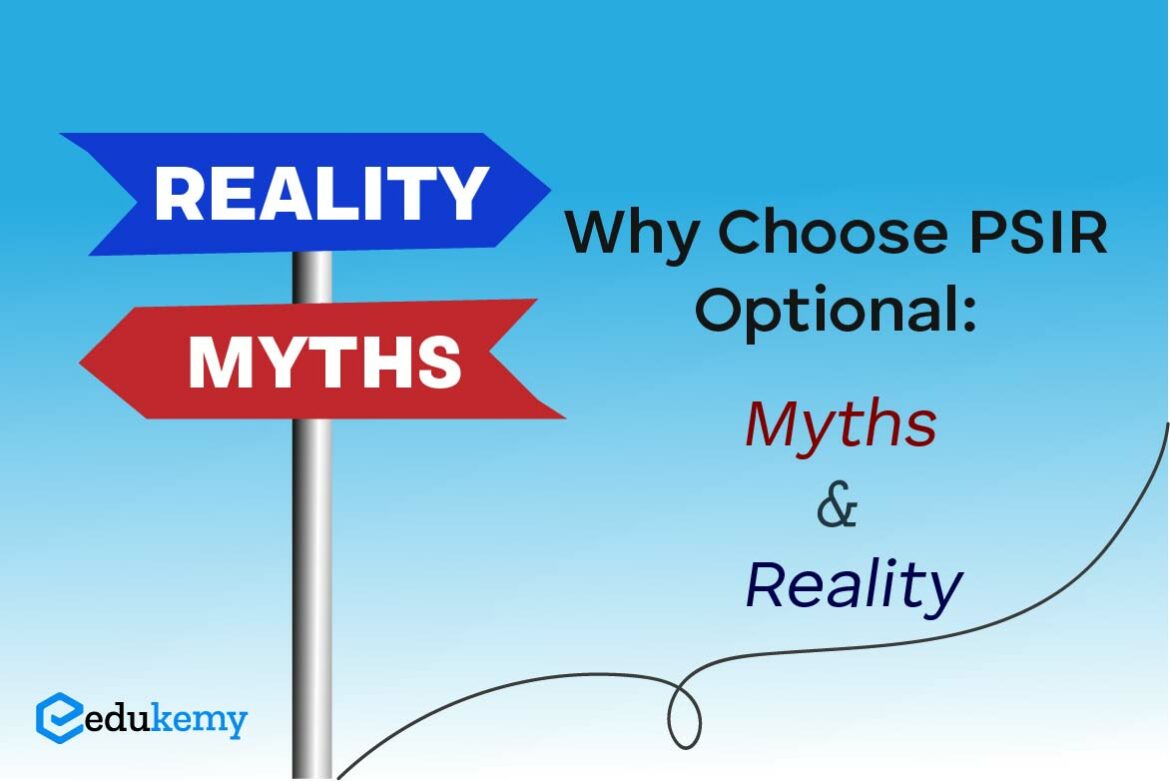 Political science is one of the most useful and important subjects for anyone preparing for the civil service test and hoping to work for the government as a civil servant. Any civil servant who aspires to be a bureaucrat must be well-versed in the foundations of political science and be cognizant of the political environment in which he or she operates.

The Advantages of Political Science in UPSC Mains

In the UPSC Civil Services Mains Examination, the optional paper PSIR exam pattern consists of two papers: Paper 1 and Paper 2. Each paper is worth a total of 250 points. It is critical to understand the UPSC PSIR syllabus for every topic before beginning your preparation.

Political Theory, State Theories, Justice, Equality, Rights, Democracy, and other topics are covered in the PSIR optional syllabus. The topics and subtopics are listed in depth in the table below.

The syllabus of the PSIR optional Indian Government and Politics component consists primarily of Indian Nationalism, Indian Constitution, Federalism, Party System, and so on.

The subject of Political Science Optional Paper 2 is divided into two parts: Comparative Politics and International Relations, and India and the World.

India and The World

Foreign Policy, India and Southeast Asia, India’s Contribution to NAM, UN System Global Centres of Power, and other topics are covered in the India and World component of PSIR optional. Given below are the topics as well as subtopics:

Civil service aspirants who have chosen Political Science and International Relations (PSIR) as their optional subject must read the assigned books and plan their Mains strategies in order to score higher marks in the subject.

There is no doubt about how beneficial it is to take Political Science as an elective. However, in order to get a complete picture of the subject’s role, we must also consider the other side of the coin.

You may face the following difficulties:

UPSC exams are the highest level of examination in India. It comes with competent hurdles when valued at such a high level. To score well in the UPSC, the candidate must be smart and employ the proper strategies. One such clever approach is to select the most prominent optional subject that will yield the best results with the least amount of effort.

Political science and international relations are examples of optional subjects because they have a lot of overlapping content to practise and also set a good way to prepare for current events.

PSIR is a popular optional subject chosen by the majority of UPSC IAS exam toppers. Aspirants are advised to review the syllabus of the paper before selecting it as an optional paper in the Mains exam. PSIR is a non-technical optional paper that aspirants can study even if they do not have a background in political science. The concepts are broad, and anyone who reads newspapers on a regular basis will be able to grasp them. Even if their optional is not Political Science, any civil service aspirant must have a firm grasp on the fundamentals of political science.

How to choose an optional subject...