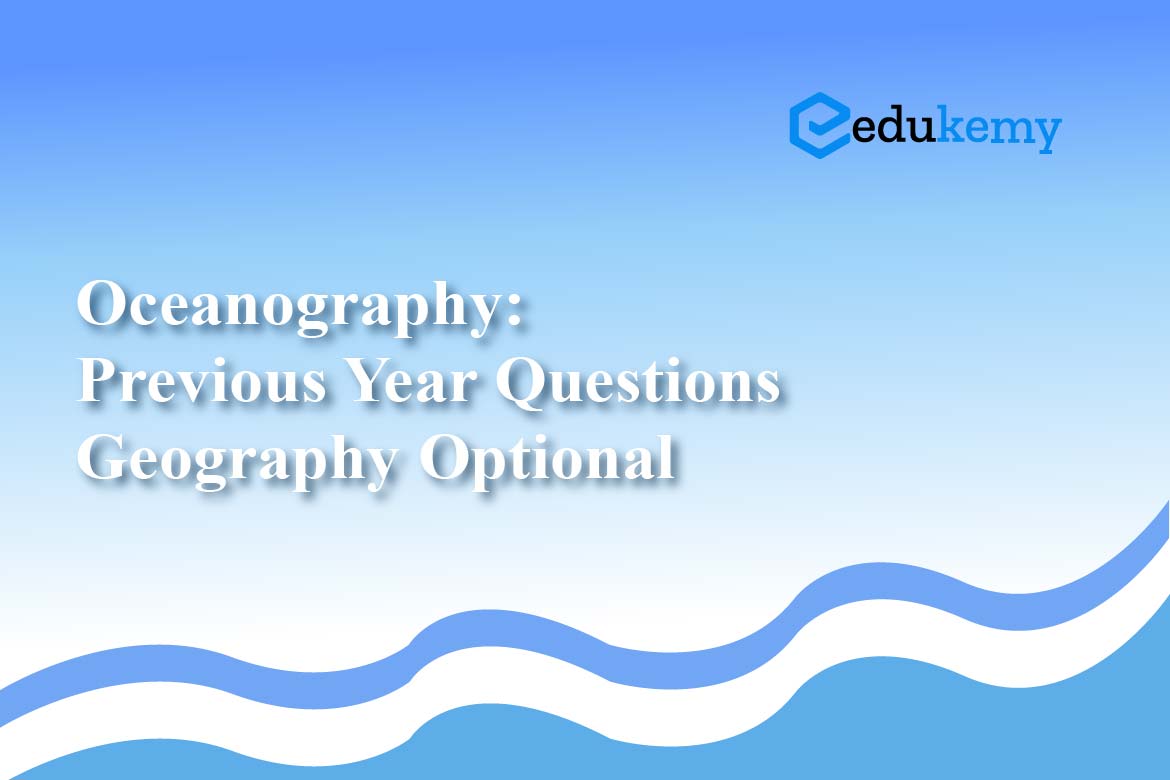 Oceanography is one of the important sections of Geography Optional for the UPSC Civil Services Mains Examination. Outlined below are the various questions asked in the UPSC Mains from Climatology.

How to Prepare Compulsory Language Paper for UPSC Mains?

How to prepare for the Public Administration Optional for UPSC?

How to Prepare Interlinking and Overlapping...