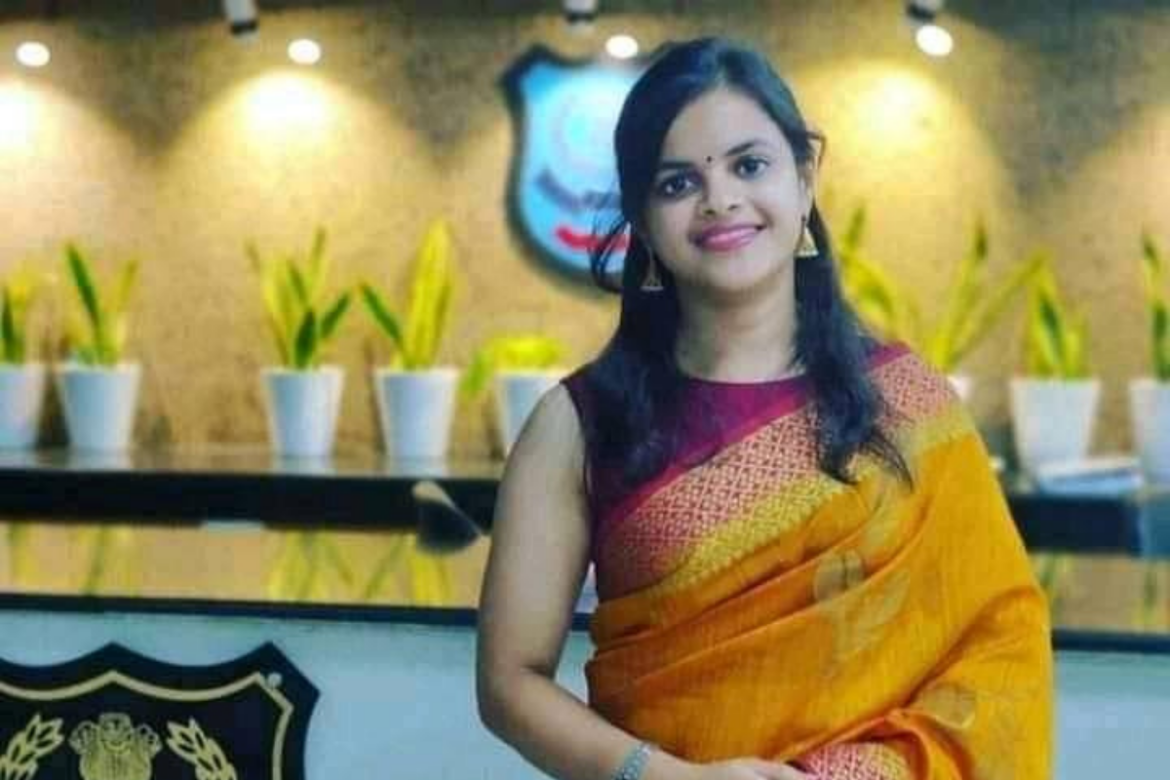 UPSC (Union Public Service Commission ) Exam is an exam that is held in India to recruit students in civil services like IAS, IPS, and IFS.

Did you know this exam occurs in two-three phases?

Firstly there is a prelim round, students qualifying in this round will move on to the Mains round and further qualified students will have to give an interview to get selected in one of those aforementioned civil services. Yes, almost 3 rounds covering up almost a year! sounds tiring right?  Well of course it is!

Let’s get a close look into another incredible aspirant who aced the exam, and was able to become a respectable IAS officer,  Sakshi came second in the Hindi medium UPSC exam and she is now IAS Officer Sakshi Garg.

Biography of IAS Sakshi Garg, inspiration for all the women aspirants out there.

Who is Sakshi Garg?

Sakshi Garg is a pride for women all over India. Sakshi not only qualified for the UPSC exam but also came second in the Hindi medium of the UPSC exam.

Sakshi Garg is the eldest daughter in her family.

Her father is Krishna Kumar Garg, the second son of the Industry Trade Delegation district president.

Our UPSC topper,  Sakshi Garg did well in her school but wasn’t a topper exactly but did that stop her from cracking India’s toughest exam? No.

From which school did Sakshi Garg complete her 10th standard?

Sakshi has always been a studious and hardworking student. Sakshi gave her 10th boards exam at St. Xavier’s School in 2010.

She did not continue to read in St. Xavier’s school. After the 10th, Sakshi was shifted to Prakash genius Intercollege. From there, she completed her 12th board with Mathematics in 2012.

She scored amazing in her 12th, achieving a percentage of 81.4%.

Then Sakshi graduated with a degree in Arts from Government Women Degree College, Robertsganj, and Mahatma Gandhi Kashi Vidyapeeth with a score of 61%.

Then Sakshi started her preparation for the UPSC exam.

She cracked the exam with an appreciable score. She did a lot of hard work to become an IAS officer.

Despite having the taste of failure Sakshi Garg stood up to the odds!

Just like MANY other aspirants, Sakshi Garg was also not able to clear the exam in the 1st go,

she did not become IAS on the first attempt. She struggled, she failed but she stood up, she did not give up.

In the year 2015, Sakshi got her results for 1st attempt and it mentioned: “NOT SELECTED”.

But she was determined to qualify for the exam so she again gave her second attempt in 2017. This time she did not fail, Sakshi got a rank of 350 at the age of 22 only which is brilliant.

Sakshi was very excited about her selection in UPSC but she wanted to be an IAS for which the rank she got was insufficient. So she prepared more and put all the effort to make her dream come true. It became true, she is now IAS Sakshi Garg.

Hard work and determination do pay off after all!

Where is Rank 2, Sakshi Garg now?

After qualifying for her UPSC exam, in 2019, Sakshi was posted to the Indian Revenue Service (IRS) as an Assistant Commissioner.

She was posted at Faridabad, Uttar Pradesh at that time.

How do tables turn for Sakshi Garg in the interview round?

This table turned in her favor during her interview. Sakshi gave a marvelous and unique answer to one of the questions in her interview which triggered interest among the interviewers towards her. Sakshi’s answers impressed the interviewers so much that she got the post at IRS immediately.

Sakshi had put in a lot of effort to excel in the interview round. She worked extremely hard for that and her hard work had paid off.

Sakshi understood the questions and answered them wisely.

During the ongoing interview, one interviewer asked her a very difficult question, Sakshi stayed calm in that situation and replied brilliantly.

She said that India is a secular country where people from every religion respect people from other religions.

It is a society that is tolerant and respects other religions’ feelings, so we should enhance this equation between the people of different communities.

Sakshi said that she even wants to talk to their leaders to opt for different paths for the procession of Ram Navami and the Tajia procession.

Sakshi did not end her answer here, she suggested another option if the first option was not possible.

She also presented the idea in front of the interviewers that if preponing or postponing is not possible, then the timings of each of the processions can be slightly different so that it can happen on the same day but with a little difference in timing.

The motive behind that statement of Sakshi Garg was that she wanted both religions to participate in both the processions so that people can intertwine and do the required rituals together.

With the motive of uniting the people of both religions, she suggested this idea which created an amazing impression on the interviewers.

Lastly, Sakshi ended her answer by saying that she would request both the leaders of the religious societies to maintain peace during the procession and not instigate people which can lead to riots.

This final stroke of hers fulfilled all the expectations of the interviewers and they were very happy with her answer. Sakshi received a lot of appreciation for that and her life changed when immediately after the interview, she was appointed as an Assistant Commissioner in Faridabad, Uttar Pradesh.

IAS Officer Sakshi Garg mentioned that if you are sure about the goal, then work in that direction only. She was preparing for UPSC while doing her graduation.

She kept in mind what was her ideal goal and worked for that and achieved it.

Sakshi also added that some students cannot crack the exam because they tend to prepare for too many exams and thus they do not set a goal.

Some last tips which can be helpful for the aspirants are as follows.

Firstly, set a single goal and work hard for it till you achieve it. Again, you are very talented but do not put your energy in the right direction, you will fail.

Lastly, consistency is the key to the road to achievement. If you are not consistent enough, the results will not in your favor.

Kanishak Kataria, the man who loved machines also a civil...

UPSC – Knowledge is commodity in...