Home » Do not settle for less, no matter how much it takes – Haritha Vijay Kumar.

Do not settle for less, no matter how much it takes – Haritha Vijay Kumar. 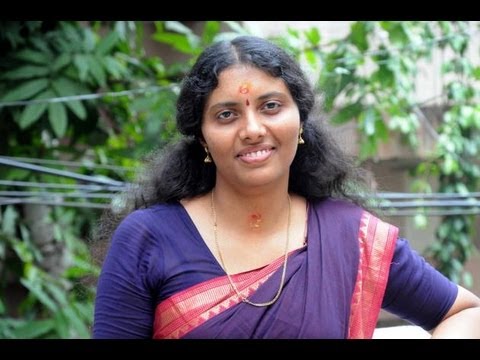 Haritha Vijaya Kumar, is an incredible woman, a dreamer, and an achiever. Haritha V. Kumar has appeared in the UPSC CSE exam, one of India’s toughest exams. Though she wasn’t able to crack the exam in her initial attempt but did not only appear for the exam ones, twice but for 4 times and finally cracked the toughest exam in the country with AIR 1

UPSC usually begins in June and the results are declared in March. It is a long journey where the aspirants have to put their maximum efforts each day to crack the exam. UPSC examination is not a sprint race, it is a marathon race.  Students take part in the marathon race with the desire to become IAS, IPS, IFS, and IFoS officers.

Haritha came from a middle-class Indian family and lived in a small town named Neyyattinkara. This town is 20km away from the capital city of Kerala.

Most of the success stories begin with a supporting family

They were a very happy family with a total of 5 members including her. Haritha’s father, Vijaya Kumar is a contractor for Kerala water authorities. Haritha’s mother, Chitra is a homemaker. She also has twin brothers namely Sadrarsh and Satheerth.

There is a saying that it is difficult to pursue your dream career if you come from a typical middle-class family. Haritha whole-heartedly proved it wrong.

Her achievements showed us that nothing is impossible if you truly want and work for it. From her childhood only, Haritha wanted to do some sort of civil service, her father gave his full support to Haritha and even took big steps toward that.

Her mother also wanted her daughter to do something praiseworthy so she also gave her full support to her.

Haritha not only excelled in studies but also trained in Mohiniyattam, Bharatanatyam, and Carnatic music. She is a great fan of Malayalam movies. Malayalam novels and poetry are also among her area of interest.

Haritha is a very bright child since her childhood, she decided from a very young age that she would pursue her career in the civil service and she went for that.

Haritha completed her higher secondary school at a girl’s high school called St.Theresa convent. The school is in Malayalam medium.

Then she also joined a Boys Higher Secondary School which is an English medium Government school at hospital junction at Neyyattinkara.

hen Haritha shifted to Thiruvananthapuram for further studies. Haritha owns a bachelor’s degree in Btech for electronics and telecommunications. She did her bachelor’s in Btech from Barton Hill Engineering College.

The first Keralite woman to top the UPSC CSE exam is Haritha Vijaya Kumar. She has put in hard work and determination to gain this success. Haritha even believes that there is no such thing as luck. You create your luck by working hard or working leniently.

“Your success is proportional to the intensity of your ambition. Therefore, stay focused on your goal.”l, said Haritha Vijaya Kumar

Haritha’s love and passion for her dream is the sole thing that leads her this far.

Every person who has achieved their dreams has worked too hard for it. Haritha V. Kumar did not eliminate consistency and focus even for one night. She believes that success can not be achieved overnight.

One has to go slowly step by step and break one milestone at a time to reach the big picture. Many distractions and many misleadings came in her way, but she crossed one obstacle and came out even stronger.

Haritha’s journey is full of ups and downs, but her mantra for success is never letting it go without working hard.

“I owe my success to my family” – Haritha V. Kumar

IAS Haritha’s family has been very cooperative and supportive of her decision.

Haritha’s family may not be a very rich one but they were one happy family united in every decision and supporting each other in times of need.

Haritha’s father wanted her daughter to join the civil services as it was her childhood dream and so was supportive of her daughter giving the UPSC CSE exam. Haritha’s mother also motivated her each time she felt low and encouraged her not to give up.

Haritha’s family even moved to Thycaud, Thiruvananthapuram for her higher education without thinking twice. Her parents have rooted for her during the whole journey.

You can do anything you want if you have family support.

“Being ambitious from her early childhood” – Haritha v. Kumar’s sister

Haritha was once asked in 1st standard by her teacher, Sister Jasmine about what she wants to do in her life. Haritha said she wanted to be a collector without even knowing what is it.

Haritha’s father put the thought of her doing civil services in her childhood only. That is why her family supported her so much to make her reach her goals.

With determination, perseverance, and consistency, Haritha made her childhood dream a reality. From Haritha to IAS Haritha, she has come a long way.

In 2009, Haritha gave her first UPSC attempt. She cleared the prelims round but did not qualify in the second round which is the mains.

Haritha did not give up or lose hope, again she sat for the exam the following with even harder preparation.

This time she cleared the exam with an excellent rank. She ranked 179 for which she was eligible for IPS(Indian Police Service) and IRS(Indian Revenue Service). Though she opted for IRS, she wanted to give it another shot and became determined that no matter what happens, she would crack the exam with as many as attempts possible.

Then in the third attempt, Haritha got a rank of 294 All India Rank.

She got dis-hearted and felt low, thought of giving up. But her mother motivated her to not give up on her dreams. Her father also provided her with every amount of support he could. Haritha even took a year’s leave from her IRS training of hers at the National Academy for Customs, Excise, and Narcotics in Faridabad.

This was Haritha’s fourth and final attempt. She had to make it work by hook or by crook.

When did Haritha v Kumar give her last attempt?

In 2012, Haritha gave the exam one last time and history was made. Haritha became the first Keralite woman to rank first in UPSC. Not only that after 22 years someone from Kerala got the first rank.

What was the result of Haritha V Kumar in her last attempt?

Haritha chose Economics as her optional subject as her classmates were research graduates and scholars of Economics who provided her with pieces of information she needed.

She also thinks that if we solve economics, economics can solve all the core problems of our country.

Let us get a view of this great personality’s scorecard.

It is indeed awesome!

IAS Haritha V Kumar always mentioned that If we have determination, nothing can stop us and deter us from following our course of action to achieve goals or realize our dreams. Obstacles may arise and obstruct our progress. They may delay the success, disturb us temporarily, and may even mislead us, but they cannot withstand the power of determination.

UPSC is a very tough journey for an aspirant. Might they get tired and try to give up everything. But they should stay motivated for their success. At some point, they just really wanted to quit everything but motivation can bring back and they watch motivational videos, songs, or inspiring autobiographies to stay strong with their UPSC journey.

Time allocation or time management is dividing and allocating your time wisely to do important tasks in a day.

Haritha mentioned some vital things in one of her interviews. Why is it important or beneficial for us?

There are various reasons for it. Time management is very important for our careers. It is one of the key factors to success in any field of work. Especially for the UPSC exam, we should read the entire book according to the subject and divide them into subtopics. In this way, we can cover all the topics as per the time strategy.

In our Indian societies, family values are essential. From our family, we receive unconditional love and support. We also get a significant emotional connection, and constant family strength in our tough times from family.

Haritha’s parents were very supportive during her entire journey at UPSC and also her siblings were very loving and supportive.

She can’t imagine her existence without her family as mentioned. The members of the family define family values as always and this plays a big role in her success.

Focus is the ability to set one’s mind and attention on a particular course until it yields the desired results. It involves channeling all your energy and concentration into a specific task, either long-term or short-term and remaining in that state till the task is accomplished.

Focus requires a whole lot of commitment to one’s goal because many things may tend to sway one from that course, nevertheless, focus overcomes all these.

According to Haritha, focusing on your goal is the crucial part to achieve your goal.

It is very much vital to write answers calmly. She gave a lot of her time to the preparation of the mains as she could not clear the mains in her first attempt.

She solved many previous year’s papers and also took a glance at previous topper’s answers which helped her build the concept very much.

General knowledge and current affairs are a must

To keep updated with current affairs, candidates must read newspapers and watch the news. There are also lots of books on General Knowledge which should be read before giving the exam.

The interview round is the hardest hurdle

After clearing prelims and mains, there is one last round which is the interview round. It checks one’s personality, mind coordination, ability to handle oneself in critical situations, etc. For this round, one should know how to speak English clearly as it is the mode of communication. English skills are mandatory. It also checks one’s confidence.

Hard work never goes in vain. Have a little belief in yourself and stay patient throughout the process. Haritha failed once, twice but did not give up, she worked harder and created history by becoming the first woman in Kerala to top the UPSC exam. She converted her weakness into strength and is the best example of perseverance and determination.

To keep yourself motivated all the time read more real-life stories like this on Edukemy.

How many marks did 2012 topper Haritha v Kumar score in mains?

Where is Haritha Kumar now?

2012 topper Hritha is now posted as the joint secretary general administration department,  and also she has been transferred and ranked as District Collector Thrissur, Kerala.

In how many attempts did Haritha Kumar become the topper?

Kanishak Kataria, the man who loved...