Home » Ansar Shaikh, The Incredible Youngest Aspirant To Crack UPSC In The First Attempt, at 21

Ansar Shaikh, The Incredible Youngest Aspirant To Crack UPSC In The First Attempt, at 21 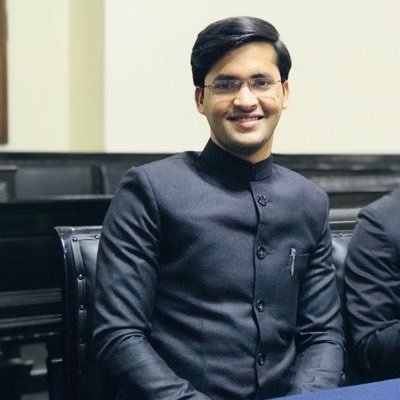 Ansar Shaikh is one of the brilliant aspirants who cracked the UPSC exam on his 1st attempt at the age of 21 and this is how he did this.

UPSC(Union Public Service Commission) Exam is one the toughest exam held in India which is highly competitive and thus makes it harder for the students to clear it. Usually, students clear the exam in multiple attempts. But some students cannot even clear the exam after appearing multiple times as well,  as it is very difficult to crack and has several levels of exams like prelims, mains interview and all of them need different types of preparation strategies.

What are the marks obtained by Ansar Shaikh?

And thus he secured final total marks of 892.

How incredibly amazing is that? Let’s find out more about Ansar Shaikh.

The youngest IAS officer of India, Ansar Shaikh was born on June 1, 1995, in the Shelgaon village of Jalna District of Maharashtra. His father, Yonus Sheikh Ahmad is an autorickshaw driver in the Marathwada region of Maharashtra, India.

His mother is a field worker, the second wife of his father out of the three. Ansar has a brother too named Anees Shaikh who dropped school in his seventh standard to provide financial help to the family by working in a garage. Ansar was greatly helped by his brother who has given him monetary and emotional support for his preparation for the UPSC exam. He also has two sisters who were married at a very early age.

There are many controversies about Ansar Shaikh’s married life. Some reports state that he has been married to Waiza Ansari, who is also an IAS officer whereas there are some other reports as well that state that Ansar is unmarried but in a healthy relationship with IAS officer Waiza Ansari.

What was the education and family background of Young IAS officer Ansar Shaikh?

Ansar has been a very dedicated and hardworking student since childhood. He does not come from an educational background or a wealthy family, so he has to put in an extra effort to make his dream come true. Ansar completed his 12th board exam with a brilliant score of 91% from a Marathi medium school.

Thereafter he got a chance to study at Fergusson College, Pune where he graduated in Political Science securing himself 73%.

While Ansar was in his first year of graduation, he was suggested to prepare for the UPSC exam by one of his college professors. So Ansar took his advice and simultaneously prepare for both UPSC and graduation. Then with his perseverance and focus, Ansar cracked the UPSC exam at the age of 21 and became the youngest IAS officer in India.

Who would have thought that a boy with no education background would come this far? This is a pure example of dedication, hard work, and consistency. Moreover, believe in yourself.

The path to success is always a Tough one,

Struggles faced by the Youngest Ias in the history of India, Ansar Shaikh.

Well after hearing about his family background, it is not hard to guess that his life was not a smooth one.

There was even a point of time when Ansar’s father wanted him to quit his studies. This advice was mainly given to Ansar’s father by some of their relatives. His father listened to that advice and wanted Ansar to quit and had a talk about the same with his teacher.

This is the same teacher who advised Ansar to prepare for UPSC. He was a well-wisher for him. and motivated throughout his journey to excellence.

His struggles do not end here. Even when he was in college and also preparing for UPSC, he didn’t have the money to pay the tuition.

Ansar’s brother Anees who is a drop out used to help him out financially, to continue his studies.

Ansar Shaikh also quoted in an interview that –

“He is forever grateful to Rahul Pandve, his 30 years old teacher and mentor who guided him on the path of success in the UPSE exam.”

Rahul Pandve also gave UPSC in the same year as Ansar and he also passed the exam securing the rank of AIR 200.

Education has never been a watchword in my family. My father, a rickshaw driver, has three wives.

My mother is the second wife. My younger brother dropped out of school and my two sisters were married off at an early age. When I told them that I had cleared the UPSC and in all likelihood will be an IAS officer, they were stunned and shocked.” said Ansar Shaikh about his family situation in an interview.

So coming from this situation to the youngest IAS of India, Ansar Shaikh has overcome a lot of odds in his life. He is the true inspiration for all the aspirants and students.

How was it even possible to crack UPSC at 21?

Does the real question remain how did Ansar become the youngest IAS of India despite all those difficulties?

How did he manage his time to prepare for both the graduation and the UPSC exam which is one of the toughest exams in India at the same time?

Let us get into that.

Firstly, there is no doubt that Ansar is born a talented child but there is no use of talent without hard work and also in the correct direction.

Sometimes he even studied for 14-15 hours.

He has put a lot of labor into making this a huge success. Despite being in a non-educational background, he knew the value of education. For three years, he put in the constant effort by giving 12hours or even more each day for his passion.

He graduated in Political Science with 73% and took private coaching for the UPSC exam. Rahul Pandve was his teacher who gave him the guidance he needed. Rahul Pandve even reduced his fees due to Ansar’s family condition and at that time Ansar’s brother was paying the fees for him.

“During my struggle, my friends helped me a lot mentally and financially and even my coaching academy waived a portion of fees due to my poor financial condition” as quoted by Ansar Shaikh.

Ansar said, “I was marginalized by three different categories. I am from a backward undeveloped region, I hail from a poor economic background and I belong to a minority community.

Maybe Ansar was not from a very wealthy family but due to his focus on his career and his consistency in his passion, he has gained a lot of mental support from his.

This was one heck of an inspiring story for all those aspirants who sometimes lose hope due to hurdles and difficulties. Ansar Shaikh is the epitome of determination and proved that it doesn’t matter from which background you belong but it is you who is responsible for your success or failure.

Hurdles are part of life.

Overcoming all those odds was not easy, he fell but he stood up again. With his perseverance, determination, hard work, consistency, and through his diligent performance, he has achieved his goal.

How to prepare for UPSC, along with your graduation?

As shared by our very own Ansar Shaikh, the youngest IAS in India,

He used to spend 12-14hours of a day in his preparation for IAS.

It cannot be bluntly studied, a proper strategic method has been followed for him to be the youngest IAS in India. Let a take a quick scan of how did he prepare for the exam. Strategic theories from the youngest IAS are worth looking for.

Check how young Ansar did his preparation for all of those rounds and cracked the exam in one go.

Tips from Ansar Shaikh to all the current and upcoming aspirants.

As learned from Ansar’s preparation, there are some more tips and tricks for all the aspirants to follow.

Where is Ansar Shaikh now?

The youngest IAS officer of India, Ansar Shaikh is currently posted at the department of MSME and textiles, in the state of West Bengal as an Officer on special duty. He now gets a salary of 56,100 which is the basic pay of entry-level IAS officers. Along with all sorts of other allowances.

What is Ansar Shaikh’s current age?

The Youngest IAS officer Ansar Shaikh is 27 years as of now.

Ansar Shaikh is right now posted as the officer on special duty, at the department of MSME and textiles in the state of West Bengal, Kolkata.

What was Ansar Shaikh’s optional subject?

Ansar took political science as his optional as he was always interested in that subject and found that he would be comfortable taking that subject.

Why did Roman Saini, former MBBS doctor resign from the...

UPSC – Knowledge is commodity in...