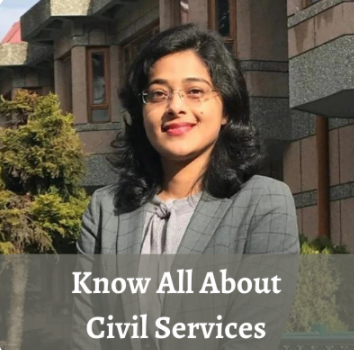 The civil services include people in posts who support the representatives in the government through their knowledge and expertise regarding public affairs. These civil officers help the government in making effective policies and take immense responsibility for the proper implementation of these policies. They maintain the welfare of the nation and work towards its betterment.

As you would probably already know, there are many different civil services in India and several posts that you could work in. If you are someone who aspires to work in any sector of the government, you should opt for civil services.

Keep reading further to know more about the Civil Services in India.

Role and Importance of Civil Services in India

The four pillars of democracy in India are the Legislature, Executive, Judiciary, and Free press. India has a parliamentary system of government that naturally requires an irreplaceable civil service that helps the political executives and policymakers. As mentioned here, the first pillar of democratic India is the Legislature which is synonymous with the governance of the country.

To facilitate effective management and development of the state, a permanent and proper civil service is required in the country. The core concepts of governance in India, that is, in the Executive are honesty, efficacy, unbiasedness, and valiance.

The Civil Services are meant to support and uphold the structure of the Indian Administrative System. You can understand the role and importance of civil services through the following points listed below.

This list highlights how the government cannot function effectively without civil services.

Besides that, they also promote coordination between different departments of the government Aim of the Civil Services Exams.

The Civil services or the public service are made up of those individuals whose functions are not political or judicial, but administrative. Since the right people must make up the structure of the government, a proper examination must be conducted for the selection of proper candidates.

Not only is it necessary to test the knowledge of these aspirants but also their merit and skills, so that they can carry out all necessary administrative functions and formulate and execute policies.

Several posts are offered in the Civil Services of India. To know more about them, keep reading further.

The Civil Services have had immense importance in the governance and administration of India since the Mauryan Empire. The modern Civil Services in India were introduced by the East India Company. After independence, the structure of the All-India Civil Services was changed.

There are three tiers of the Civil Services, that is, civil servants carry out administration at three different levels- First being at the level of the Central or Union Government, second at the State Government level, and lastly, at the Local Government level.

These are the civil services that are most popular and most coveted by UPSC aspirants all over the country. Besides the above-mentioned services, other civil services at the Central level are the Indian Railways Service, the Indian Revenue Service, etc.

Next are the civil services offered at the State Level and the Local Government. They were established and their roles evolved after India got independence. Since the Government works as a Welfare State, civil services place an incredibly important role in the implementation of policies of the nation and state and also in the overall development of the country.

Among the three All India Services, the IAS is the most popular and coveted civil service. An IAS Officer works in the administrative arm of the State governments as well as the Central Government. All IAS officers are responsible for making and implementing policies for the development of the area where they are posted. If you are an IAS aspirant and have cleared all three rounds of the UPSC examination, you would start your probational IAS training in Mussoorie at LBSNAA.

IPS or the Indian Police Services is yet another All-India Service. The IPS is also another coveted post in the Civil Services. If you qualify in the UPSC Examination and complete your training, you will get to hold senior-level positions in the Police Service of India, which include positions in CBI, that is, Central Bureau of Investigation, IB, RAW, etc. As to the training for IPS, IPS Officers receive their training in Hyderabad at the Sardar Vallabhai Patel National Police Academy.

The All-India Civil Services are divided into two groups of posts- Group A and Group B. The Indian Foreign Services lie in Group A and is one of the most popular services in Group A. As you can understand by the name of the service, IFS Officers manage the country’s foreign affairs. After clearing the UPSC examination and interview round, IFS candidates start their training at LBSNAA and shift to NEW Delhi after completion, to the Foreign Service Institute. As an IFS aspirant, you could become Foreign Secretary of India, Representative of India at the UN, Ambassador, High Commissioner, etc.

As an IFS officer, you can work both under the Central and State governments. The highest position that you can get as an IFS Officer under the Central Government is DG or Director-General of Forests. While the highest position that you can get under the State Government as an IFS officer is Principal Chief Conservator of Forests. All IFS Officers work in the Ministry of Environment, Forests, and Climate Change.

As you would have understood quite well by now, the main component of the administrative system of India is civil services. The civil services ensure that the nation’s objectives of development and welfare are being met. All of the responsibility of building an efficient welfare state falls under civil services.

Though civil servants are met with criticism and ridicule more often than not, it is important to remember that they are actively working for the betterment of the country and its overall development.

Without civil services, the administration of the country would not be effective and necessary changes would not be made. One of the most important responsibilities of civil servants lies in maintaining law and order for the public good and proper working of the welfare state that is India.

Ankur Garg, Engineer to IAS, youngest IAS officer at the...

Who is the youngest Indian foreign service officer?

IAS Amrapali and her journey as...

The journey from dentist to IPS...