Home » Annamalai Kuppusamy who made the journey from IIM to LBSNAA 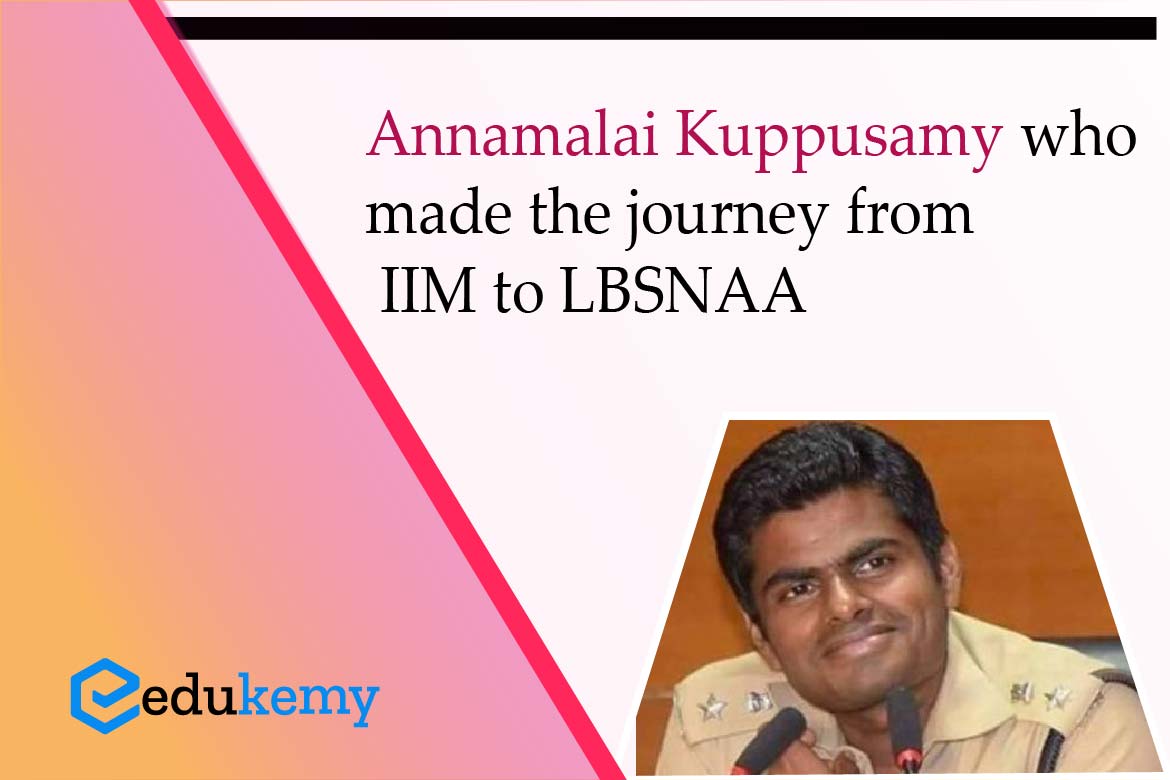 Annamalai Kuppusamy is one of the successful politicians of Karnataka and has excelled very well after his UPSC journey as well, not only this he generally keeps on adding his names to the headlines of the esteemed dailies and Twitter, You might be thinking there are many politicians and what is special about him, well in this article you will get to know why learning about Mr.Kuppusamy is so important and aspiring for any UPSC aspirant.

The early upbringing, Education, and Aims of Annamalai Kuppusamy.

Well, Annamalai belongs to a very small rather humble family of farmers from the village named Sokkampatti near Chinnatharapuram in the Karur district.

From where did IPS Annamalai complete his schooling?

Annamalai Kuppusamy completes his schooling in Karur and Namakkal District.

Our IPS Annamalai is a B-Tech graduate and was an aspiring entrepreneur, he did his mechanical engineering in Coimbatore, from PSG college of technology.

Following that he did brilliantly great in the CAT exam and went to the Indian Institute of Management, Lukhnow for an MBA, But this was not it, somehow in the first attempt Annamalai did very well in the UPSC exams as well which he never really planned out and this is where his life took a 180 degrees turn.

From the dream of becoming a successful entrepreneur to a brilliant IPS officer of India, his journey has been an aspiring as well as inspiring one.

5 unknown facts you did not know about IPS Annamalai Kuppusamy

Kuppusamy’s journey as a Police officer.

Well, Kuppusamy had a great graph of growth in his career let’s take a close look into his professional journey,

Acts of bravery by Kuppusamy, the lion of Karnataka.

Yes, IPS Annamalai is married and his spouse’s name is Akila Swaminathan.

Yes, in the year 2018, he resigned from his post in IPS and he was at that time the deputy commissioner of police in Bangalore.

In how many attempts did Annamalai Kuppusamy clear the UPSC exam?

Annamalai Kuppusamy cleared UPSC in the first attempt itself just after completing his MBA from IIM.

Can I crack UPSC if I am a management student?

Yes, of course for cracking UPSC the eligibility is of graduation from any stream, and for the exam, it’s not important from which course you belong it just needs good mentorship and dedication as well as determination.

UPSC – Knowledge is commodity in the ChatGPT world