Note for Reader: For the convenience of readers and aspirants we have divided this report into two parts- First part discussing the current emission trends, drivers, and pathways. It also provides for sectoral analysis of emissions and their mitigation pathways. It has been already covered in the previous issue of KOSMOS.

Now, this issue of KOSMOS covers the second part. This deals with the Institutional dimensions including national and international policy, financial and technological mitigation drivers and provide the concluding way forwards.

What climate policies are being implemented and are they working? 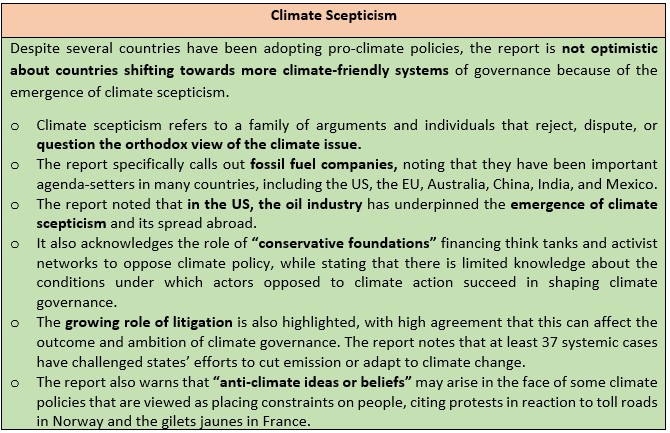 Conclusion: Though the report talks about the expansion of government climate policies, it also notes that “big gaps” remain and the stringency of many policies “falls short of what is needed”. Policy coverage is weaker for non-CO2 gases and industrial emissions, it adds. The report called for a “comprehensive” and economy-wide policy packages rather than single-policy instruments to improve climate change mitigation and strengthen climate governance.

Are the Paris Agreement and climate finance helping cut emissions?

Conclusion: Financial flows fall short of the levels needed to achieve the ambitious mitigation goals, however. The gaps are the widest for the agriculture, forestry, and other land uses (AFOLU) sector and for developing countries.

What are the costs and benefits of efforts to cut emissions?

Conclusion: The report concludes with high confidence, that mitigation options costing $100/tCO2e or less could reduce global GHG emissions by at least half the 2019 level by 2030.

How much innovation and new technology is needed to hit climate goals? 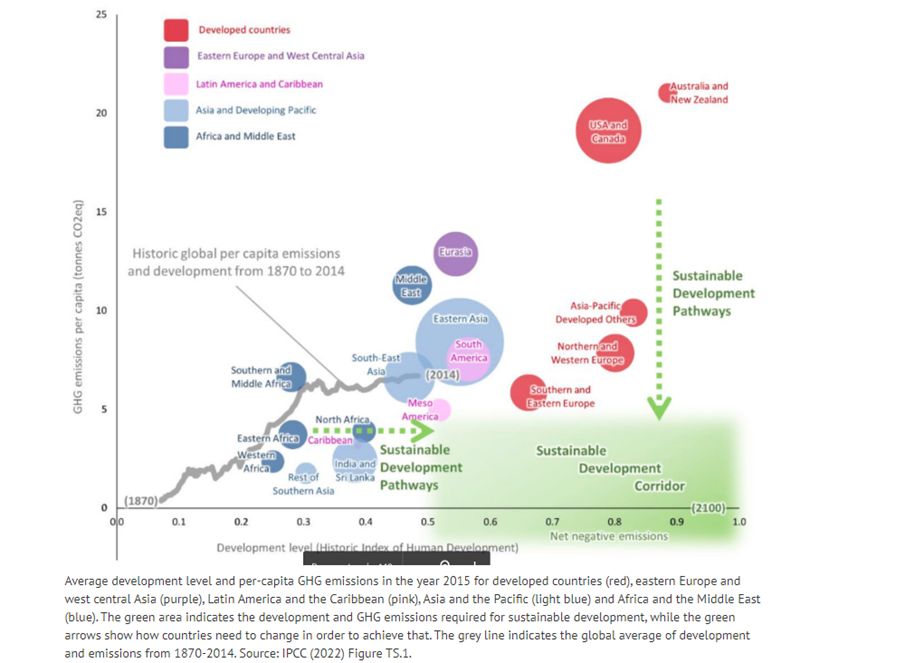 Conclusion: A “just transition” – securing livelihoods and addressing inequalities while moving towards a low-carbon future – will be essential to reducing climate risks and addressing sustainable development priorities. A just transition requires not just rapid change, but also removing the underlying drivers of vulnerability and high emissions and taking into consideration the interests of different communities and cultures. Furthermore, the transition must not perpetuate asymmetries between richer and poorer states and people, nor replace old forms of injustice with new ones.