Background: Earth’s temperature has risen by 0.08° Celsius per decade since 1880, but the rate of warming since 1981 is more than twice of that: 0.18° C per decade. 2021 was the sixth-warmest year on record based on NOAA’s (National Oceanic and Atmospheric Administration) temperature data. 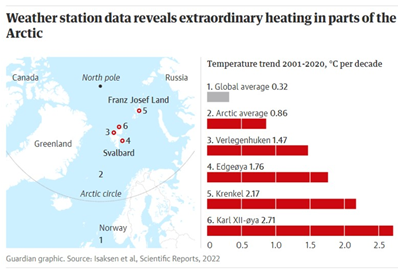 India Long Term Emission Strategy is based on 7 key pillars: 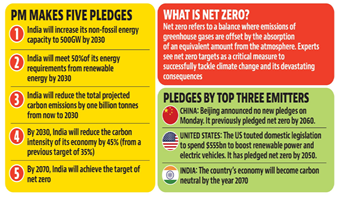 The two themes of “climate justice” and “sustainable lifestyles”, alongside the principles of Equity and Common But Differentiated Responsibilities and Respective Capabilities (CBDR-RC), in the light of national circumstances, that India had emphasized at Paris, are at the heart of a low-carbon, low-emissions future.

The LT-LEDS is also informed by the vision of LiFE, Lifestyle for the Environment, that calls for a world-wide paradigm shift from mindless and destructive consumption to mindful and deliberate utilization.

Where to use it?