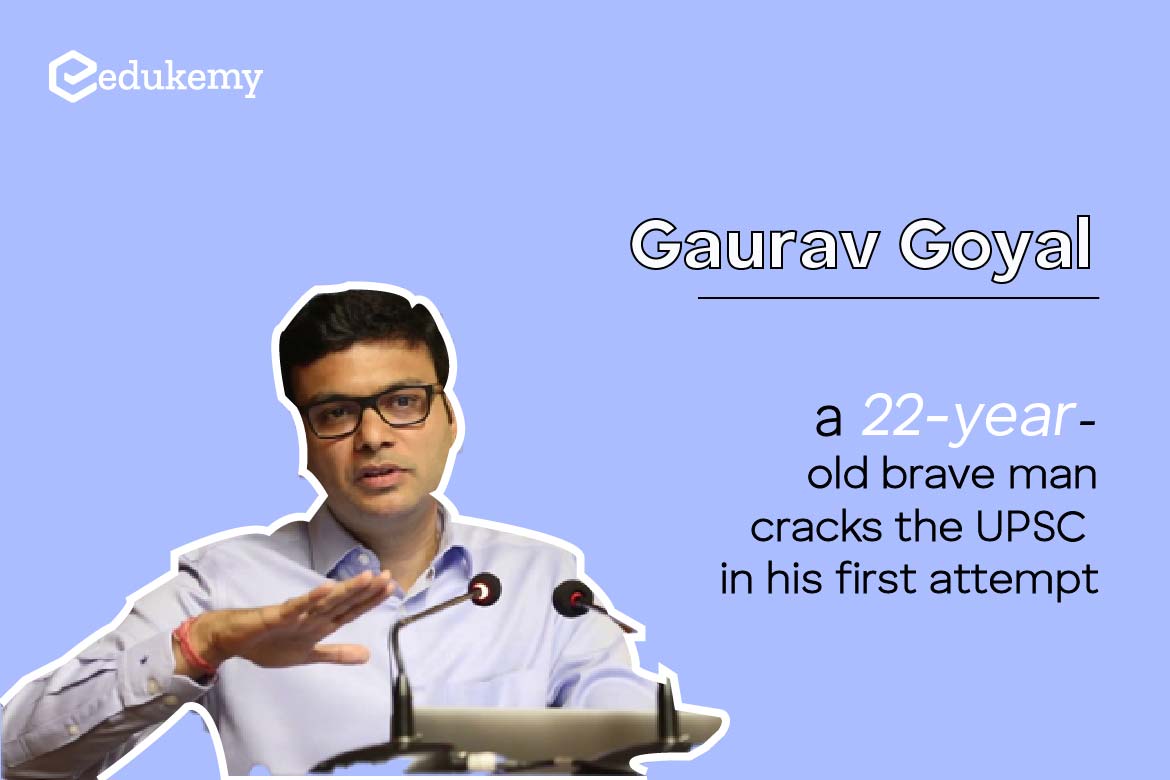 IAS and IPS officers are among the most potent and responsible individuals in our country.

With the proper use of the powers and initiatives, they could do wonders for the country’s upliftment.

Gaurav Goyal is considered to be one of the most famous and worthy IAS officers in the country.

Let’s get a look at his background, achievements, work, family, and UPSC preparation.

So to begin with let’s get a brief look into IAS Gaurav Goyal’s educational accounts.

The idea of being a civil servant came to young Gaurav Goyal’s mind when he was in college during his final years.

As we know that Delhi is a prime location for UPSC preparation and many aspirants from all over the country come to Delhi for their preparation.

A strong environment of preparation surrounded him, and he became more determined as he learned more about his roles and responsibilities.

The duties and the work he could do for the people fascinated him and he believed that he could be a perfect fit for the role and make himself and his family proud.

During his college days, he was also associated with and involved with a major international investment firm and they needed him to come to America to work with them.

But Gaurav’s mother was reluctant about this and wanted her son to stay back in India and not go abroad.

This incident made his decision more strong and he was headstrong to crack UPSC and be an IAS officer.

How did Gaurav Goyal crack UPSC in his first attempt

As discussed before IAS Gaurav Goyal is one of the courageous and ambitious IAS officers.

The one astonishing quality he possesses is he knows how to use his position for the goodwill of his people.

He is very famous in Rajasthan for his work and is quite loved by the people over there.

In the beginning, he was posted in Barmer and did his work excellently over there.

Other achievements and special mentions

What Gaurav Goyal wants to say to young people!

Gaurav Goyal’s position on social media: what does he think?

When is IAS Gaurav Goyal’s birthday?

Gourav goyal was born in the year 1984 and he is currently 48 years old.

What was the rank of IAS Gaurav Goyal in the IAS exam?

IAS officer Gaurav was able to secure the AIR 10th rank in his first attempt in the UPSC exam.

What is LBSNAA? Everything you need to know from LBSNAA...

How to Practice Answer Writing for UPSC CSE Mains

UPSC GS Paper-I (2022) B ANSWER KEY ALONG WITH EXPLANATION

Annamalai Kuppusamy who made the journey...

How to Maximize Your Marks in...